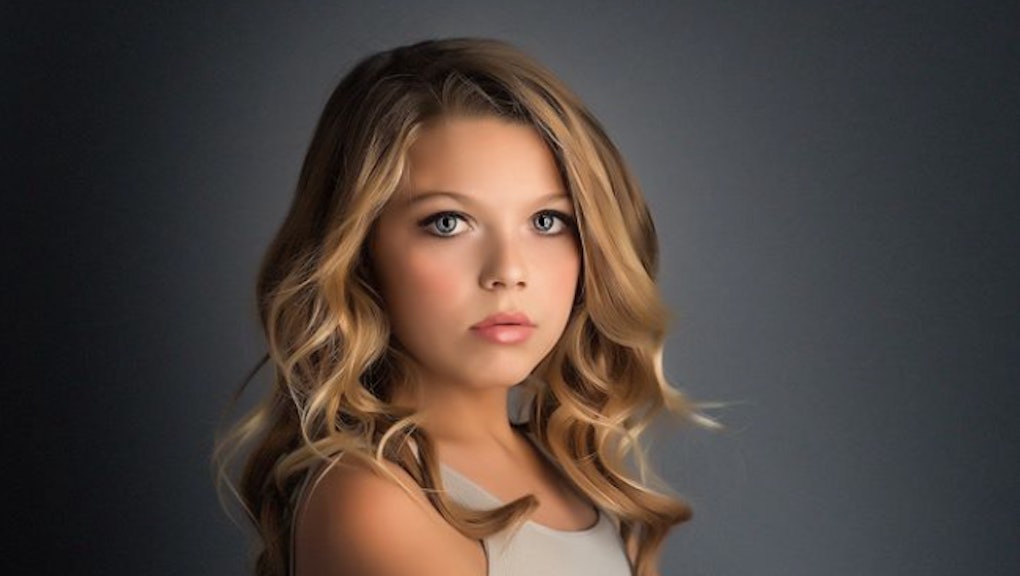 Transgender activists have routinely pushed back on narratives that they say elevate individuals in their community who might "pass" for their preferred gender while marginalizing others whose self-presentation does not conform to the gender binary.

If we want to challenge the rigid way society views and classifies people by gender presentation, the thinking goes, we should seek to elevate trans people whose appearance reads neither as stereotypically male nor female.

Here's a case in point: On Tuesday, New Jersey-based Meg Bitton Photography agency posted a photo of Corey Maison, who is transgender and appears feminine — so much so that some commenters missed the point of the meme, thinking Maison was cisgender. The company posted the image to speak out North Carolina's HB2, which, among other things, prohibits municipalities in the state from adopting protections for trans folks who wish to use the bathroom of the gender they identify with.

"If this was YOUR daughter, would you be comfortable sending her into a men's bathroom?" the photo's caption reads. "'Neither would I. Be fair. Be kind. Be empathetic. Treat others how you would like to be treated."

While the meme is well-intentioned, it subtly reinforces the same prejudice it seeks to challenge.

For one thing, gender nonconformity isn't always as neatly presentable as Maison's photo suggests. By making Maison a poster child for the gender bathroom issue, the photo implies that society should be uncomfortable with people in bathrooms who don't read as men or women. But transgender individuals who don't "pass" are just as deserving of protection and media attention.

Another variant of the pro-trans meme evinces the problem even more obviously. Take the photograph below of a transgender performer Kelly Lauren. Accompanying the image, in which Lauren presents herself as feminine, she asks: "Houston, do you REALLY want me in the same restroom as your husband or boyfriend?"

We get the point, and Lauren is no doubt being cheeky. But encouraging opponents of LGBT rights to oppose bathroom bills because they feel uncomfortable with people of other genders using their restrooms misses the point. You don't fight prejudice with prejudice. It's akin to saying anti-gay lawmakers are gay themselves, reinforcing the idea that there's something wrong with being LGBT.

Opponents of trans rights have posted images on social media depicting gender-nonconforming men or women as a scare tactic, which underscores the point: We should be as comfortable with people who look like the person in the photo below as we are, or should be, with Maison.

Presenting people who appear gender nonconforming may stoke people's prejudices in the short term, but we should do it anyway. Eventually, the culture will learn to accept the diversity of the trans experience. A large part of the reason the LGBT movement has made so many inroads on gay rights is by pushing gay people and relationships into the spotlight. This may have made some opponents of LGBT rights think "ick" at first, but over time it served to humanize them and change public opinion.

The "ick factor" is what has led to a slate of anti-LGBT legislation. According to the Human Rights Campaign, there are nearly 200 proposed measures in 33 states so far this year that seek to restrict the rights and liberties of LGBT individuals, under the guise of so-called religious freedom.

Maison should not be forced into a bathroom where she in uncomfortable, and there is nothing wrong with her self-presentation. But the debate about who is impacted by anti-LGBT laws must remain inclusive to maximize impact from the advocacy.