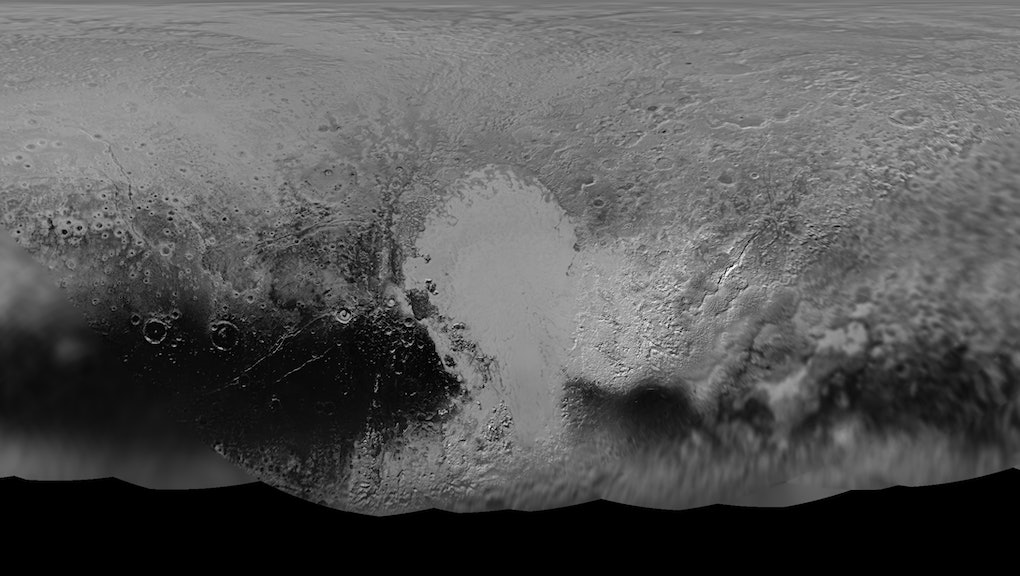 NASA just released the most complete look at Pluto that we've ever seen.

Scientists created a full world map of Pluto by stitching together all the images NASA has slowly released over the past few months. The image link is here; zoom in closely and start exploring.

Pluto captured global attention when New Horizons flew past it in July 2015 and returned the most detailed images of the dwarf planet we've ever seen.

Now the spacecraft is headed to its next target — a small icy body way out in the Kuiper Belt.

But New Horizons is still transmitting data from Pluto back to Earth. (In late April, for example, we learned that Pluto was spotted with strange "halo" craters.)

Scientists will create even more detailed maps when more data arrives. "The team will continue to add photos as the spacecraft transmits the rest of its stored Pluto encounter data," NASA said in a statement. "All encounter imagery is expected on Earth by early fall."

That means the best images and maps of Pluto are yet to come.