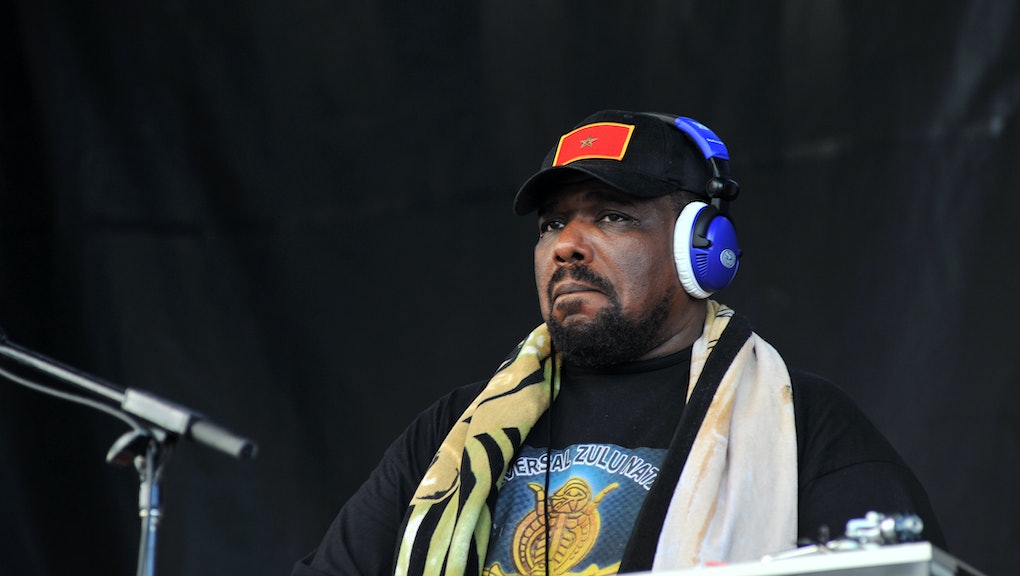 Afrika Bambaataa has at least one big-name ally in his attempts to stave off multiple allegations of child molestation.

Fellow hip-hop legend KRS-One just issued a lengthy statement saying that he "will not become entangled in a controversy that seems to be less about justice and more about self-promotion and revenge."

KRS-One is one of the few people to speak out publicly about the ongoing saga.

In one interview, KRS seemed to dismiss the magnitude of the allegations. "Personally — me personally – I don't give a fuck. Look, if somebody was harmed or whatever, y'all gotta deal with that shit. Deal with it. That don't stop hip-hop. That don't stop what you did for hip-hop."

Now, KRS-One has released another statement that seems almost worse than his first one. It reads, in part:

I am indeed concerned about the accusations made against Afrika Bambaataa, but I will not become entangled in a controversy that seems to be less about justice and more about self-promotion and revenge. Of course, I care if a young person is being abused or even neglected, my entire life is based upon the protection and further development of young people; I teach and inspire young people every day! But, as you can see, irresponsible headlines like "KRS-One Doesn't Care If Afrika Bambaataa Molested Kids", and trying to turn a funny song I did years ago into some kind of question regarding my character is precisely the type of sensationalist gossip which I really don't give a fuck about! Let us have Focus And Ignore These Haters.

In recent weeks, at least five men have come forward and publicly accused Bambaataa of molesting them as children.

Their stories, which have been brought to light by radio personality Star and the New York Daily News, are all remarkably similar. They say that as teenagers, Bambaataa used his status as a hip-hop pioneer to prey on them. Even Bambaataa's former bodyguard has come forward to say that the legendary DJ has molested "hundreds" of boys.

The irony, of course, is that hip-hop's leading figures are going against one of its most important principles, which was established by none other than Bambaataa himself.

"We believe in truth, whatever it is," the Universal Zulu Nation's priniciples read. "If the truth or idea you bring us is backed by facts, then we as Amazulu [bear] witness to this truth. Truth is truth."

Truth, it seems, is also relative.