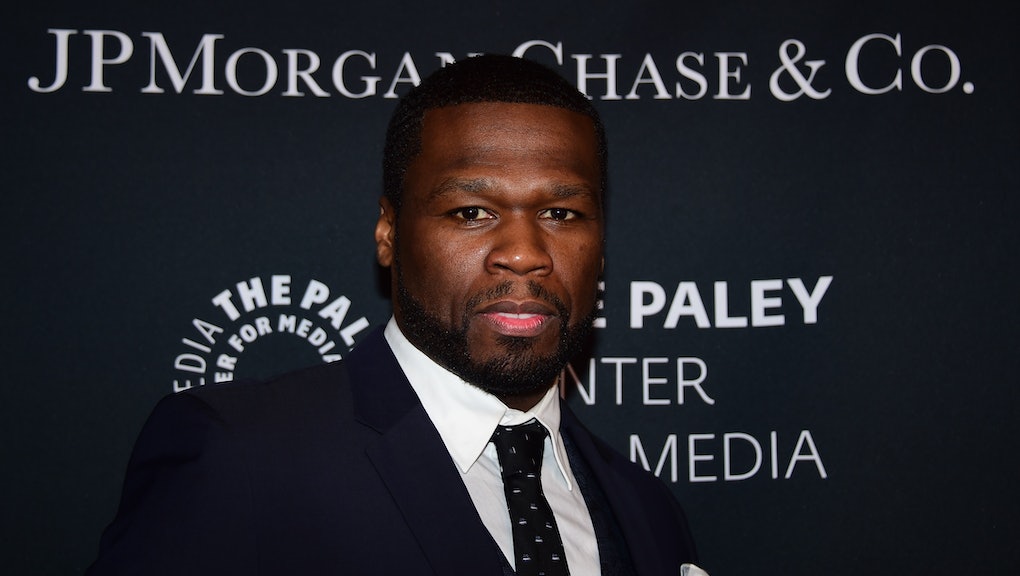 Bankruptcy hasn't stopped rapper 50 Cent — known for endorsing everything from flavored water to men's underwear — from redeeming himself after the terrible behavior he displayed earlier this week.

The rapper has ponied up $100,000 for Autism Speaks, an advocacy group, as penance for an Instagram video showing him mocking a young man with autism. Jackson explained the donation in a statement reported by the Huffington Post on Thursday:

"I want to turn this misunderstanding into an understanding. There are people that are ignored, mistreated and neglected with disabilities that need our support. I am calling on my fellow musicians, actors, entertainers and all others who may not have fully considered this cause to join together to help in any way they can."

That's nice, considering that it is Mental Health Awareness Month. (He missed Autism Awareness Month by several days.) Those familiar with Jackson's recent money woes, however, might be scratching their heads at the size of the rapper's donation. In March, Jackson reached a deal with creditors to exit bankruptcy and free himself from millions of dollars in debts, according to a New York Daily News report.

In the early aughts, Jackson made hundreds of millions of dollars from non-music ventures — so he should be able to afford the $100,000 donation to Autism Speaks.

Lest we forget, Jackson struck gold after he endorsed Glacéau's grape-flavored line of vitamin water, a venture the rapper also invested money in. Coca-Cola later bought Glacéau in 2007 for $4.1 billion, according to the New York Times.

Several failed (and expensive) business ventures later, and a lawsuit related to his release of a sex tape depicting another famous rapper's girlfriend, resulted in penalties of more than $25 million against Jackson. But he remained defiant, even as he was pursuing bankruptcy protection, posting Instagram images that mocked rumors that he was flat broke.

Autism Speaks doesn't seem too concerned with whether Jackson's check will clear the bank.

Andrew Farrell, the young man who Jackson ridiculed in the airport earlier this week, and his family asked the rapper to donate just $10,000 to the charity. In a statement, officials at Autism Speaks said the ordeal has become a positive for awareness of its cause:

"50 Cent's apology to Andrew and generous donation to Autism Speaks at the family's request call attention to the deep hurt — intended or not — inflicted by snap judgments and social media bullying. Not every disability is visible, but it is easy to see a person's humanity. This donation will support our mission to increase awareness and foster better understanding of the autism spectrum. Everyone, regardless of differences, deserves acceptance, compassion and respect."

All's well that ends well, right? But take that check to the bank, stat.