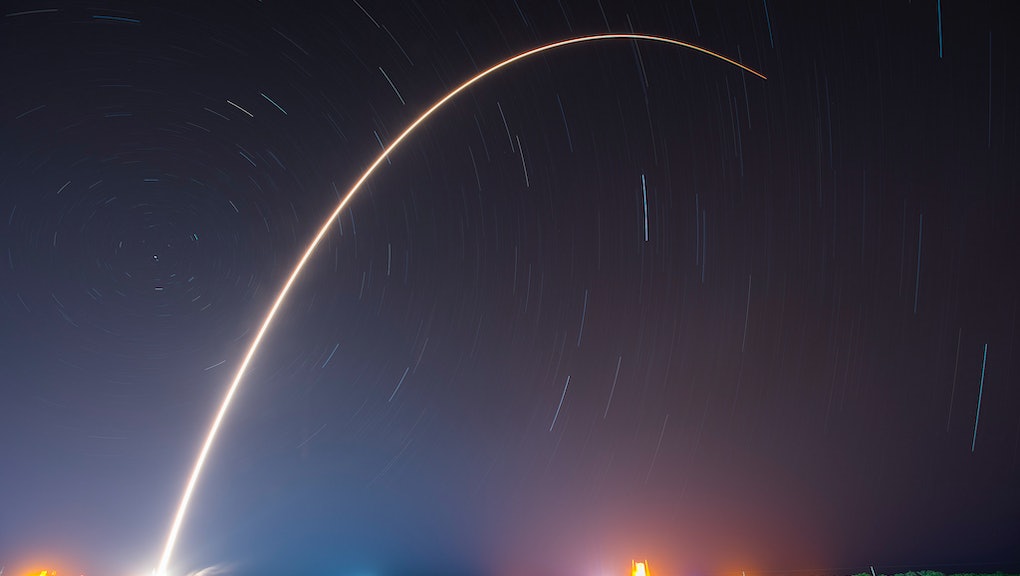 SpaceX has landed yet another rocket on a drone ship at sea, but this time it did it in the dark, with a rocket traveling much faster and running on less fuel than any of its previous landings.

There's not a clear video of the incredible feat yet, but this is what it looked like on the live stream:

Earlier, SpaceX released a statement saying it didn't expect the rocket landing on May 6 to succeed. That's because its Falcon 9 rocket was carrying a Japanese satellite up to a really high altitude, which required some serious speed and a lot of rocket fuel. When the first stage of the rocket turned around to come back to Earth, it was traveling faster than normal and had less fuel left to maneuver a graceful landing.

SpaceX CEO Elon Musk thought they had a 50/50 shot:

Looks like the odds worked out in SpaceX's favor. This is now the second time the company has successfully landed a rocket at sea.

This latest landing was a huge step forward in making Musk's dream of reusable rockets a reality. If the company can regularly recover and relaunch its rockets, it could dramatically reduce the cost of spaceflight.