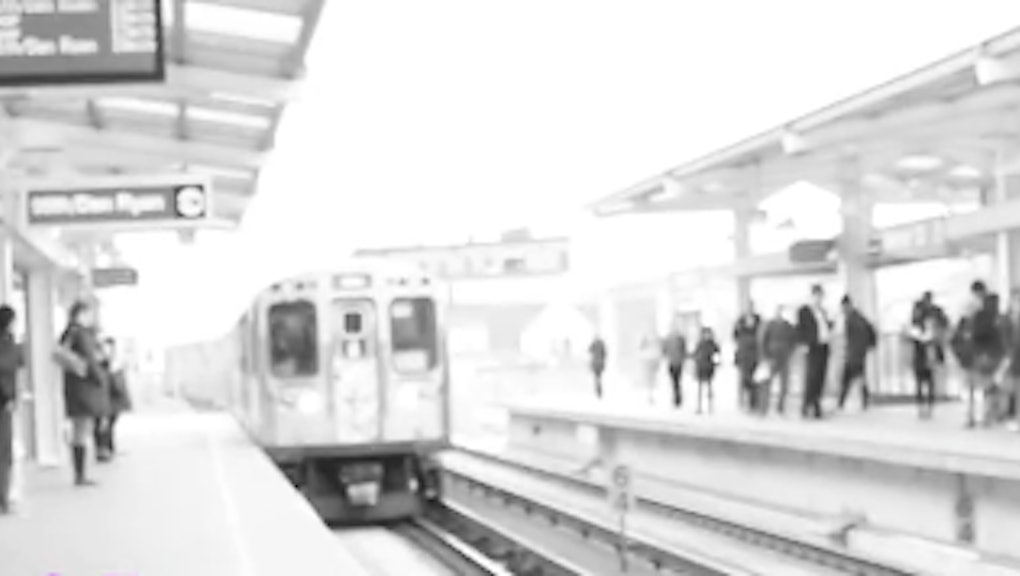 Protests come in many different forms. Case in point: A group of black and brown commuters took over a train car on Chicago's blue line last week, voguing to demand justice for Rekia Boyd, a 22-year-old black woman who was fatally shot by Chicago police in 2012. Video of the protest picked up steam Thursday, reaching 12,000 shares on Facebook.

Dante Servin, the Chicago detective who was charged in the case, later had all criminal charges against him dropped, sparking outrage nationally.

On a crowded red line train, the protesters added a twist to unsuspecting passengers' commutes:

And urged riders to fight back:

In a message that was posted along with the video on Facebook, protesters said it was unfair that the Chicago Police Department, with its documented history of brutality against black citizens, continues to receive funding while public institutions like Chicago State University are on the on the brink of bankruptcy.

"While Dante Servin (the off-duty police officer who shot and killed Rekia Boyd) is getting paid, and CPD is receiving $4 million a day, Chicago State University — the state's only predominantly black public university is closing due to budget cuts," the Chicago-based group For the People Arts Collective wrote in a message. "The city and the state over-invest in policing and refuse to invest in our communities. CSU is a staple in our community. The university provides a library in the area, is the meeting site for community organizations and provides a safe space for young people."