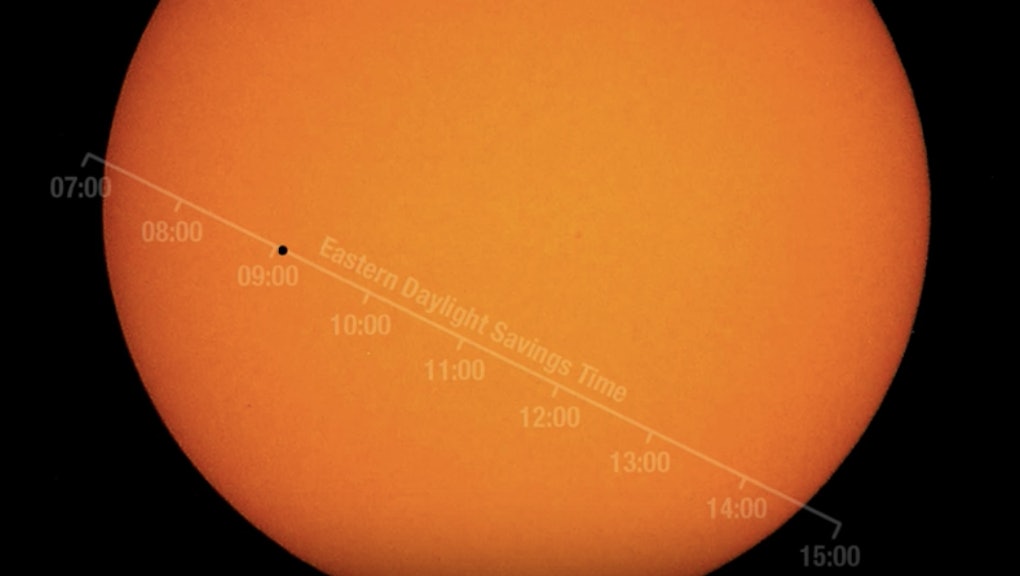 Mercury Is Crossing the Sun Today — Here's How to Watch

Astronomers are used to seeing spots on the sun, but there's something special about the one gliding across today. That spot is actually Mercury, and you can see it illuminated right now as it passes between the Earth and the sun.

Here you can see the path Mercury will take:

Looking directly at the sun is dangerous, so you should only watch the event if you have a telescope with a solar filter on hand or a way to project the sun onto a piece of paper. If you don't, both NASA and the European Space Agency are streaming the transit live.

This Mercury transit is a rare occurrence that only happens a few times per century. The next one won't happen until November 11, 2019.