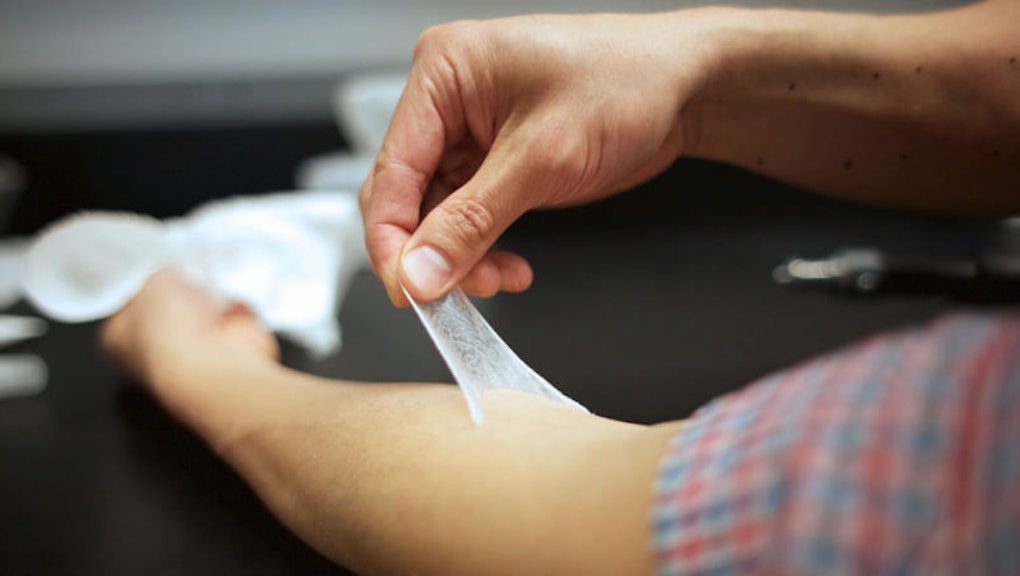 Every cosmetic company claiming to have an anti-aging and wrinkle-repair cream have finally met their science-backed match.

Researchers from Massachusetts Institute of Technology and Harvard have developed a material that can temporarily smooth wrinkles and protect skin. It acts like an invisible, elastic second skin.

Just slather on the silicon-based polymer and it creates an invisible seal over the skin that tightens and increases elasticity:

This light coating mimics some of the properties of young skin. As your skin ages, it gets looser and less elastic. Too much sun exposure makes the effect even worse. The researchers found this coating can temporarily eliminate some of those effects. Experiments showed it could compress and reshape bags of loose skin under the eyes.

Experiments with the material also showed it makes skin better at retaining moisture. Beyond cosmetic improvements, the researchers say eventually it could be used to deliver medication to treat skin diseases like eczema.

"It's an invisible layer that can provide a barrier, provide cosmetic improvement, and potentially deliver a drug locally to the area that's being treated," Daniel Anderson, one of the researchers who worked on the material, told MIT News. "Those three things together could really make it ideal for use in humans."

The research was published May 9 in the journal Nature Materials.

There's no word yet on when this second skin might be commercially available, or if it will be anywhere close to affordable for the average person.