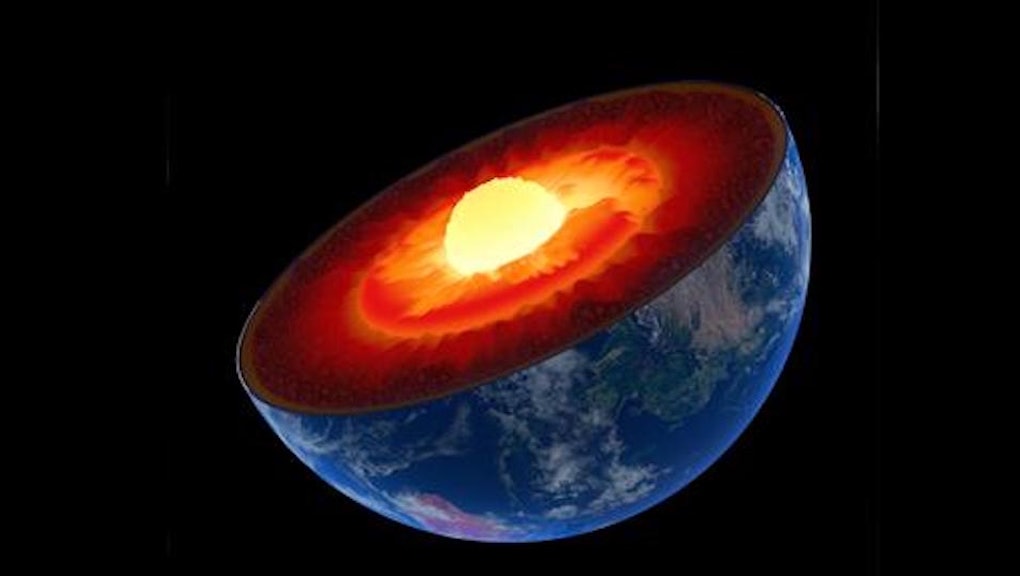 The first comprehensive map of Earth's mantle shows that it's moving much faster than scientists thought — and it has a huge influence on the planet's surface.

The mantle is a 1,864-mile layer of hot rocks that sits between the Earth's crust and its molten core:

Previously, scientists just had to guess how the mantle was moving. Now they've combined 2,000 measurements from the ocean floor and mapped how the whole mantle behaves. It's churning around much faster than predicted, and pushing against the Earth's surface.

"Although we're talking about timescales that seem incredibly long to you or me, in geological terms, the Earth's surface bobs up and down like a yo-yo," Mark Hoggard, lead author on the new paper, said in a statement. "Over a period of a million years, which is our standard unit of measurement, the movement of the mantle can cause the surface to move up and down by hundreds of meters."

Why this research is important: The flow of the mantle causes volcanoes and mountain formation. It has a big influence on the way our planet is shaped and its seismic activity. The research could also provide insight into ocean and climate science.

Oil and gas companies are especially interested in this research, of course, because mantle flow affects how quickly hydrocarbons form.

"These results will have wider reaching implications, such as how we map the circulation of the world's oceans in the past, which are affected by how quickly the sea floor is moving up and down and blocking the path of water currents," Hoggard said. "Considering that the surface is moving much faster than we had previously thought, it could also affect things like the stability of the ice caps and help us to understand past climate change."