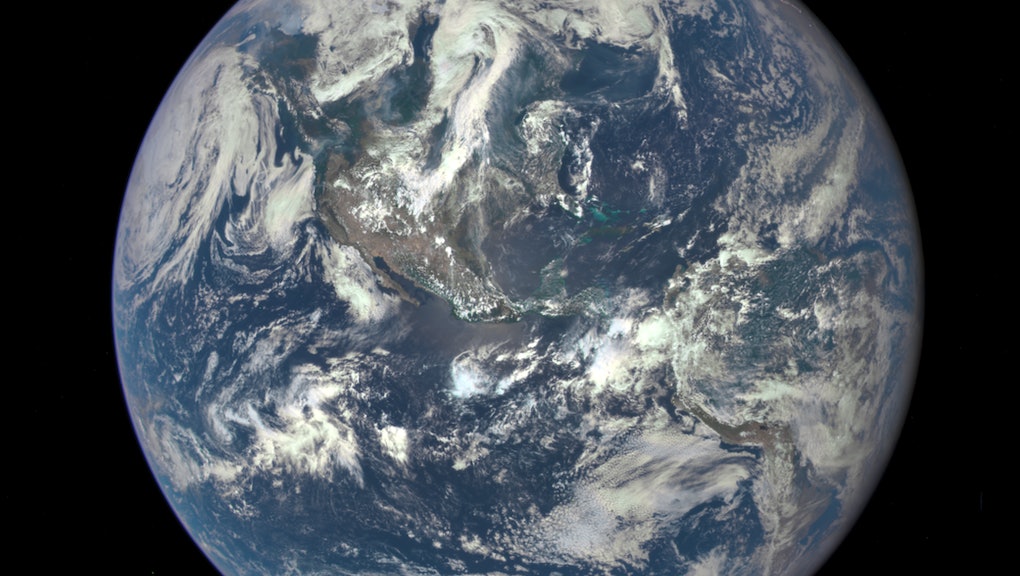 When Earth Can't Support Human Life, This Is Where We'll Go

Even if we survive climate change, Earth is eventually going to get roasted, and there's not much we can do about it.

For the last 4.5 billion years, Earth has orbited in the cozy "habitable zone" around the sun. The habitable zone is the distance a planet can be from its sun and still have liquid water on its surface and temperatures suitable for life.

But in another few billion years, our sun will transform into a red giant star. A red giant is a dying star that's expanded and entered its final stage of stellar evolution.

When that happens to the sun, Mercury and Venus will be incinerated by the sun's expansion. Earth and Mars will become scorched hellscapes. But there's still hope for life in our solar system.

"Long after our own plain yellow sun expands to become a red giant star and turns Earth into a sizzling hot wasteland, there are still regions in our solar system — and other solar systems as well — where life might thrive," said study co-author Lisa Kaltenegger, director of Cornell's Carl Sagan Institute, in a statement.

That means more distant planets like Jupiter and Saturn could thaw out and thrive.

"When a star ages and brightens, the habitable zone moves outward and you're basically giving a second wind to a planetary system," Ramses Ramirez, lead author of the study, said. "Currently, objects in these outer regions are frozen in our own solar system, like Europa and Enceladus — moons orbiting Jupiter and Saturn."

So the habitable zone will get pushed back, and future Earthlings might have to migrate to Jupiter, Saturn or one of their moons when the sun transforms into a red giant. Astronomers estimate that will probably happen 5 billion years from now.

"In the far future, such worlds could become habitable around small red suns for billions of years, maybe even starting life, just like on Earth," said Kaltenegger. "That makes me very optimistic about the chances for life in the long run."