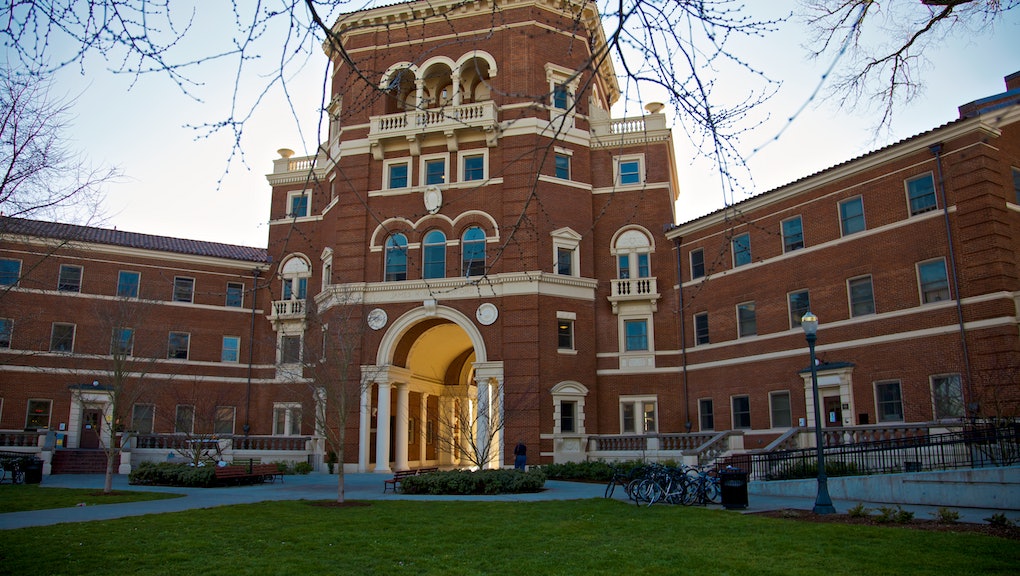 It's hard enough to find a "plus one" for last-minute events. Imagine what it's like if, when nature calls, you're looking for someone to accompany you to the restroom.

Transgender students at Oregon State University may soon find it less difficult to identify allies, amid the national debate about whether to restrict transgender people to the bathrooms that correspond with the gender on their birth certificate.

Buttons bearing the words, "I'll Go With You," are showing up on shirts and backpacks around the Corvallis, Oregon, campus, the Oregonian reported.

The buttons are a badge of support for transgender students and are creating discussions among community members on how to make gender-specific bathrooms a more welcoming space for trans and gender-nonconforming people, said student facilitator P.J. Harris.

"They see that [button] and know that someone out there is visibly saying, 'I stand with you, I support you,'" he told the Oregonian. The buttons come from the I'll Go With You movement, which began over a year ago. The organization has distributed more than 100,000 buttons and other materials throughout the country.

The button system works this way: Transgender or gender-nonconforming students can approach allies displaying the buttons and ask for an escort to a gender-specific restroom, locker room, or other "highly gendered place" on campus, according to a movement brochure.

In recent weeks, the national transgender bathroom debate has intensified as the federal government and North Carolina locked horns over the state's HB2 bill. The legislation, signed by Governor Pat McCrory in March, strips transgender people of bathroom choice and bars cities from adopting policies that protect transgender rights.

Recently, President Obama issued a directive that asks public schools across the country to make accommodations for transgender students. His action followed a decision by the U.S. Department of Justice to sue North Carolina over HB2, after officials determined the bill violated federal civil rights law.