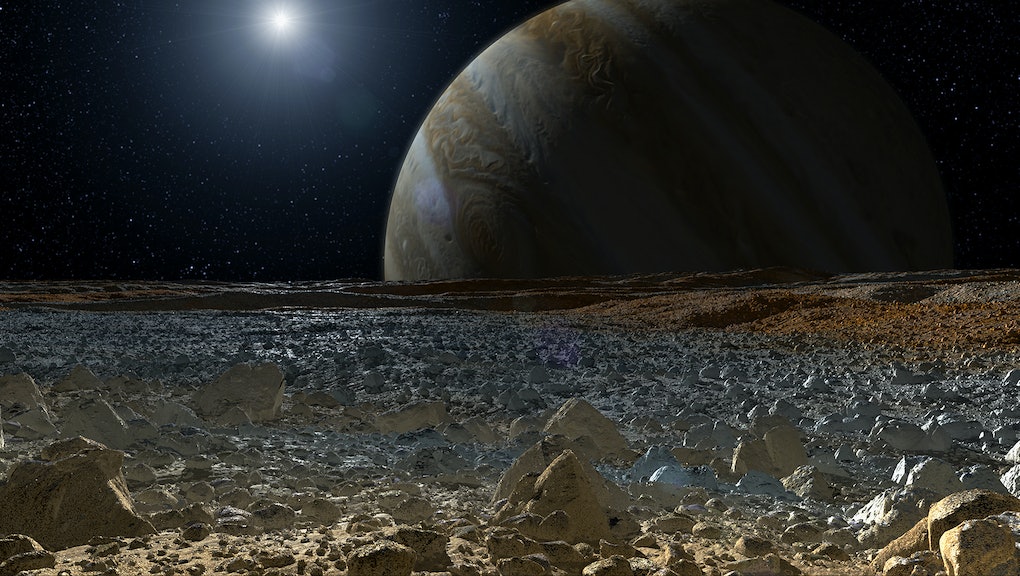 Congress Challenges NASA to Get to Jupiter's Moon Europa

Evidence is mounting that Jupiter's icy moon Europa might hold alien life, and Congress wants NASA to hurry up and go find out.

Just this week, scientists reported that the giant subsurface ocean on Europa might be strikingly similar to the oceans on Earth. That boosts our chances of finding life there, or at least conditions that could support life.

But NASA has been slow to jump on a mission to Europa. Its budget is already pretty tight, and a mission there would cost upward of $1 billion, according to Ars Technica.

Still, much of the space-science community is fired up about Europa, and it seems the chair of the House Appropriations subcommittee, John Culberson, is too. For its 2017 budget, NASA requested about $50 million for Europa funding. Culberson wants to give it $260 million.

"We have increased funding for planetary programs and made sure we are going to complete the incredibly important mission to Europa that the planetary decadal survey mapped out because of the very high likelihood that life will be discovered in those oceans," Culberson said during a committee hearing on May 17, according to Ars Technica. "This will be a transformative moment in the history of humanity and the country."

The mission: If Congress gets its way, the mission will happen in two phases. First, an orbiter will circle the moon and take photos to figure out what the icy surface is made of.

And second (there's no official NASA plan for this yet) Congress wants NASA to send a lander to touch down on the surface. Depending on where it lands, the lander might be capable of sampling the ocean that has captured scientists' attention.

This mission won't be easy though. Jupiter generates a ton of radiation, so any space probe we send there will have to be tough enough to survive wading through wave after wave.

If we figure out all the logistics, the payoff could be huge. "We know that on Earth, everywhere that there's water we find life," Robert Pappalardo, a Europa mission scientist, said in a NASA video. "So could Europa have the ingredients to support life?"

We won't know until we go there.