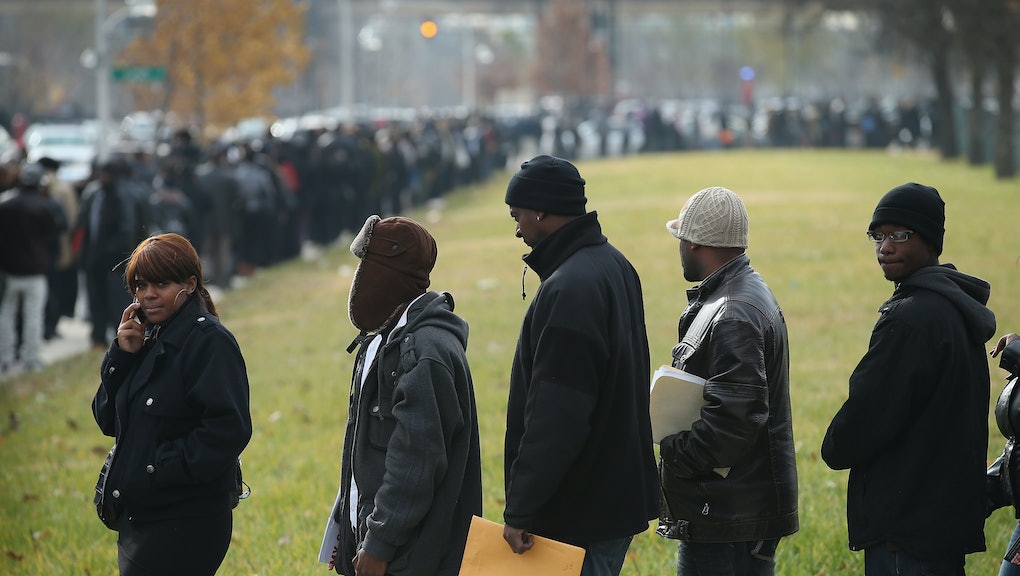 However, African-Americans are far from closing longstanding economic gaps compared with whites. That fact was made clear in the National Urban League's "State of Black America" report, which the civil-rights organization released last week. In employment, income and wealth, blacks lag far behind their white counterparts, and some experts say it's only getting worse.

"The benefits of the recovery have not reached the Main Streets of our most troubled communities," said Marc Morial, Urban League president and CEO, referring to how blacks have fared since the Great Recession, in an executive summary of the report. "We cannot continue to rely on policies that have proven ineffective in communities with high unemployment and low income."

Among the report's most striking findings:

Unemployment for blacks was nearly double the rate for whites in all of 2015.

The median income for black households was $24,000 less than white households in 2014.

The black-white income gap was largest in the Minneapolis-Saint Paul area. Whites earned an average of $74,455, twice the average of $28,138 for blacks.

The black-white wealth disparity is arguably the most staggering statistic of them all.

A family's wealth or net worth is the sum value of assets such as property, retirement savings and income minus all debts. The median wealth for white families in 2013 was around $141,900 — the median net worth for blacks at around $11,000, according to federal data analyzed by the Pew Research Center. Hispanics had slightly more wealth than blacks, at $13,700.

Whether or not the employment, income and wealth statistics inspire shock among the masses, it should be evidence that racism, discrimination and mass incarceration continue to reverberate in communities of color.