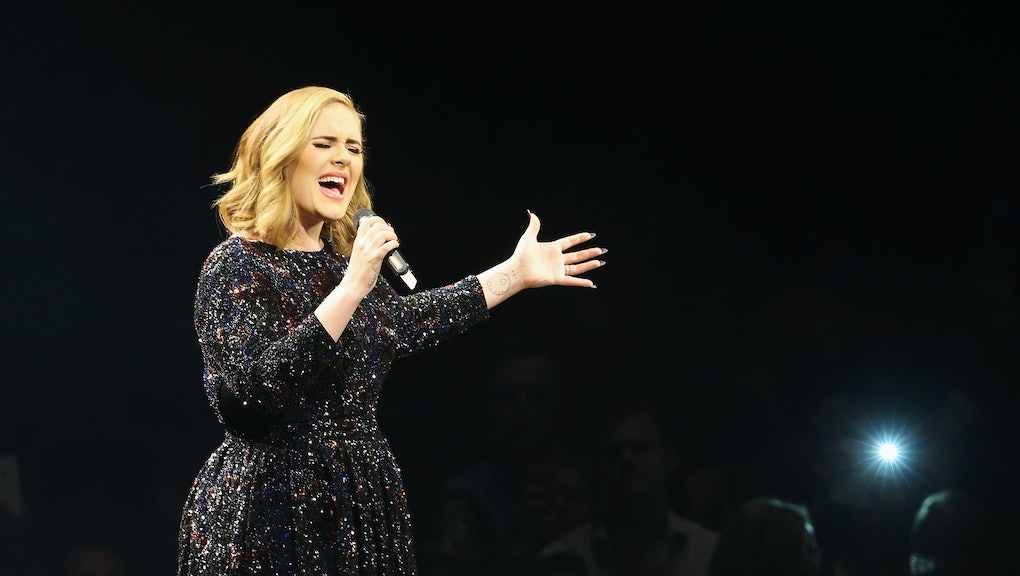 While debuting a new song and earning five trophies at 2016 Billboard Music Awards, Adele couldn't hide the fact she was rocking a slimmer figure. The secret behind her streamlined look? The Sirtfood Diet, Yahoo reported.

It's unclear how long the singer has been following the diet, which claims to activate the "skinny gene" and turn off your appetite. It's also unclear if Adele really dedicated herself to the plan, as the Daily Mail was the first to report it.

The "skinny gene," also known as SIRT1, is a gene linked to improved insulin regulation in the body. By eating certain foods, one can purportedly activate sirtuins, "proteins that protect the cells in our bodies from cell death and inflammation," Isabel K. Smith, a dietitian and fitness expert told Yahoo.

The Rx for this diet: Lots and lots of plant-based foods like kale and apples. But chocolate and red wine are also on the table since they can allegedly activate the so called "skinny gene."

So, is this legit? A study in rats published in Nature in 2004 demonstrated that SIRT1 had the potential to release fat from storage. While there haven't been any studies on SIRT1 in humans, researchers are intrigued by this gene's potential to regulate metabolism and increase longevity, according to an article in Pharmacological Reviews.

A variety of wholesome foods sounds reasonable. But unfortunately, and unrealistically, the Sirtfood Diet greatly restricts daily calorie intake. So, no, bingeing on Hershey's and wine isn't part of the diet plan.

The Sirtfood Diet limits you to just 1,000 calories a day. According to Marie Claire UK, during the first week daily caloric intake cannot exceed 1,000 calories. That's just half of the government recommended daily intake for a moderately active woman of Adele's age. For the second week, the diet ups the limit to a daily 1,500 calories, which is more sensible.

The Sirtfood Diet book, which was released in the United Kingdom in January, claims it can help you lose seven pounds in seven days. Uh-huh. Most health experts agree that losing one to two pounds per week is ideal for sustainable and healthy weight loss.

As good as Adele looks, quick fix fad diets throw the body for a serious loop. Not properly fueling can send the body into starvation mode, and leave a person feeling fatigued, constipated or dizzy.

"This diet needs to be more well-founded and looked into before I have my clients restrict calories to 1,000 per day," Smith said.

Hello from the other side: Here's hoping the singer stayed healthy and didn't stick to the severe calorie restriction while she was slimming down.