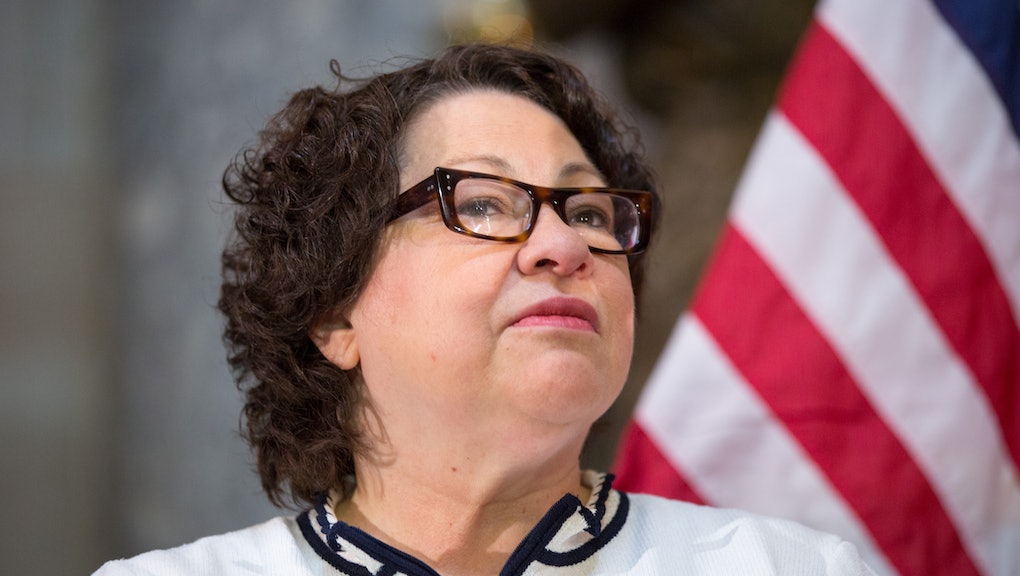 Supreme Court Justice Sonia Sotomayor spoke from experience when she told University of Rhode Island graduates on Sunday to make the most of their mistakes.

Sotomayor, who in 2009 became the first Latina confirmed to the Supreme Court, recounted being unprepared for a job interview right out of college. She was stumped by an interview question that she could have easily answered with a bit of preparation, she said.

"Mistakes, failures, embarrassments and disappointments are a necessary component of growing.""

"Mistakes, failures, embarrassments and disappointments are a necessary component of growing wise," Sotomayor said, according to the Huffington Post. "We can learn more from our not-so-good experiences than we can learn from our good ones."

Sotomayor said life's "uh-oh moments" are as just as transformative as the "ah-ha moments."

"The 'ah-ha' moment is the first time you gained an insight about yourself or the world around you," she said, Huffington Post reported. "The 'ah-ha' are the ones that stay with you [your] entire life, the moment you realize things around you are not as they once seemed."

"The uh-oh memories" are the ones, she continued, "where you ask yourself, 'What have I done now?'"

URI president David M. Dooley has said the justice is a role model and "a true champion for equal rights and social justice," according to the Huffington Post.

Sotomayor has been on the court for several blockbuster rulings, including the nationwide legalization of same-sex marriage in June.

To watch a video of Sotomayor's speech, click here.