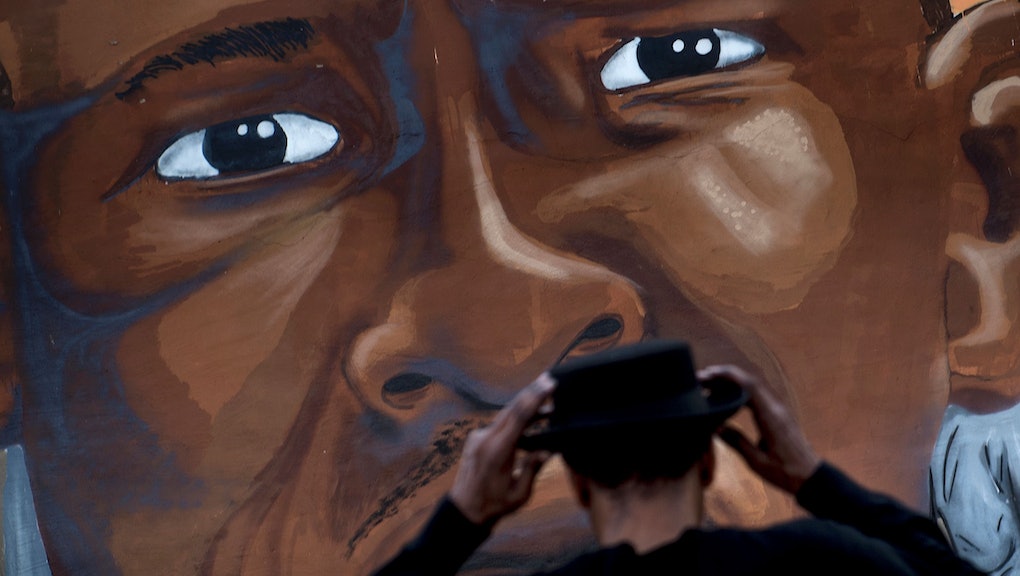 There are are plenty of questions to ask in the wake of Baltimore police officer Edward Nero's acquittal on charges related to Freddie Gray's death. Did State's Attorney Marilyn Mosby move too quickly to prosecute? Can the police department build any trust in the city's black communities?

However, Bill O'Reilly chose to ask something else entirely on Monday: Did Freddie Gray's so-called "lifestyle" lead to this own death? On the O'Reilly Factor, O'Reilly brought up Gray's criminal history to suggest that he was ultimately responsible for the way in which he died.

"Freddie Gray's lifestyle for many years, led him to this terrible thing which is not only impacted him and his family but all the police officers and that lifestyle should be condemned," he said. "I mean, this narcotics trafficking is awful. It is devastating."

Know what else is devastating? The partially severed spinal cord that Gray somehow suffered after he was arrested in April 2015. O'Reilly isn't the only commentator who has blamed a black person for their own violent death — and it wasn't his first time either. In fact, it's become sort of a thing.

Cuyahoga County prosecutors found plenty of ways to blame 12-year-old Tamir Rice for being shot and killed by Cleveland police while playing with a toy gun. Their excuses included the laughable assertion that Rice was "big for his age," which somehow made him more menacing.

The New York Times infamously described Mike Brown as "no angel" after the 18-year-old was shot and killed by former police officer Darren Wilson.

Conservative commentator Geraldo Rivera said Trayvon Martin's "hoodie killed [him] as surely as George Zimmerman," after the neighborhood watchman shot and killed the 17-year-old Martin, who was armed only with a bag of Skittles and a can of Arizona iced tea.

After Eric Garner was choked to death by NYPD officers on Staten Island in 2014, NYPD Union President Patrick Lynch put the blame squarely on the victim. "We feel Mr. Garner made a choice that day to resist arrest," Lynch said during a press conference. "You can not resist arrest. ... It leads to a dangerous confrontation."

The core of these arguments — blaming black men and boys for their own deaths, even when there's video evidence that details exactly what happened — is rooted in a longstanding tenant of white supremacy that black people don't feel pain. That they're not afforded innocence, no matter their age. They're always the suspect, even when they're the victims.