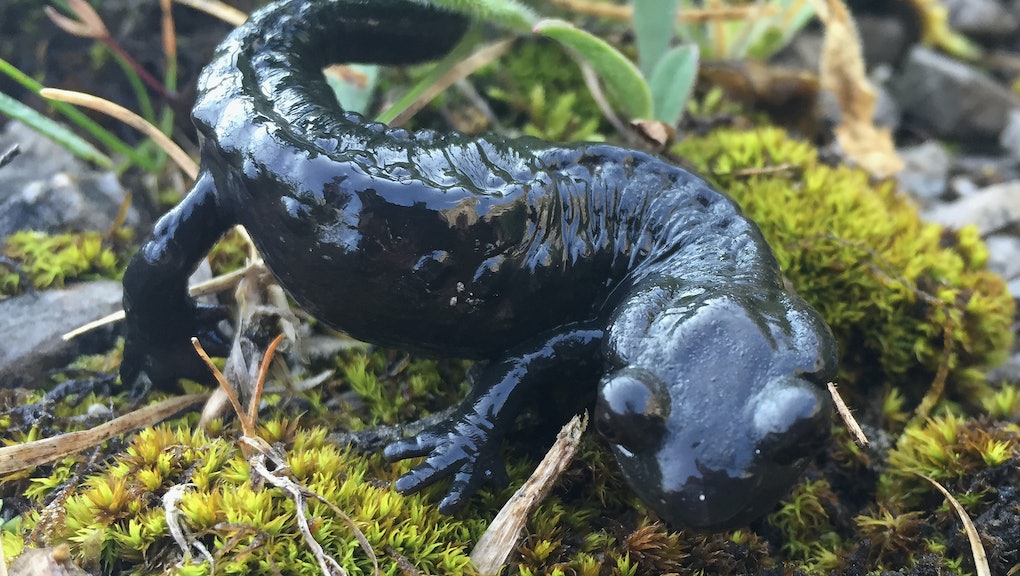 An inventive group of female salamanders have found a way to cheat the mating game.

If you want to survive as a species, then you need to reproduce, and typically, reproduction requires sex. But not for a group of all-female Ambystoma salamanders living in a region of North America.

Most Ambystoma salamanders include males and females, but this particular lineage is unisexual and they're all female. They've effectively figured out a way to clone themselves, according to new research published in the Journal of Zoology.

"From an evolutionary perspective, the idea is if you don't have sex, you don't stick around very long over millions and millions of years because you don't get that genetic variation," Robert Denton, co-author of the paper, told Quartz.

But these salamanders have found a way to clone themselves and still maintain genetic diversity.

How do they do it? First of all, salamander sex is weird. It happens externally. The males leave behind clumps of sperm that the females pick up. But this particular group of females has found a way to extract the DNA from the sperm, and the DNA allows them to lay eggs.

The biologists admit they haven't quite figured out how this works. But it sounds pretty genius.

"On paper it's the perfect way to reproduce: There are no males to take up resources, every female gets to pass on all of her genetic material, but they still get a new shot of genetic variation occasionally," Denton told Quartz.

Not only is this female crew of salamanders doing fine without any help from males, they actually show evidence of faster regeneration. The researchers found the all-female group could regrow limbs about 1.5 times faster than their dual-sex relatives.