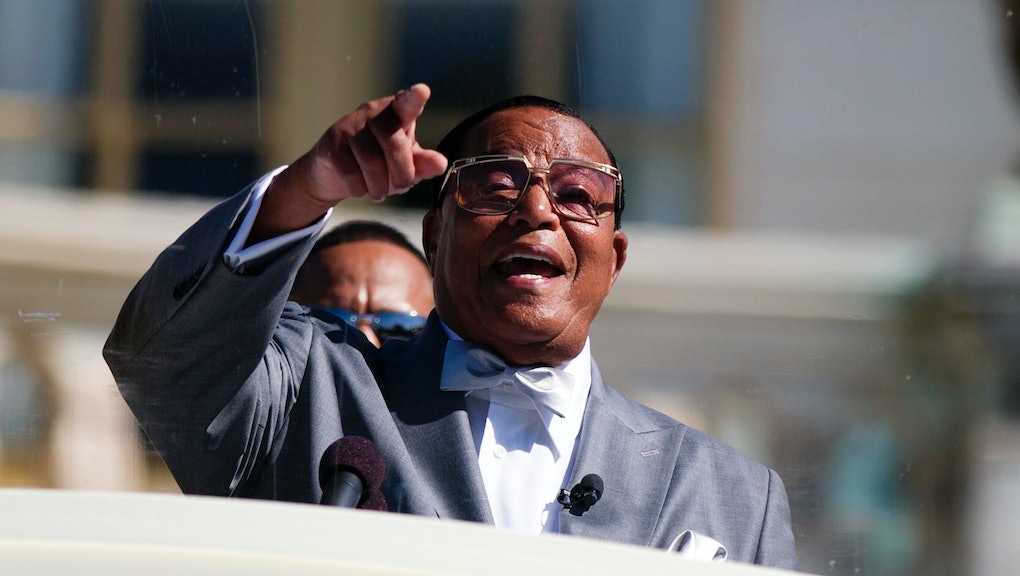 Louis Farrakhan, longtime leader of the Nation of Islam, has a point about racial slights against blacks in America.

In his Tuesday interview with the New York City hip-hop radio program, the Breakfast Club, Farrakhan was asked about George Zimmerman and his ability to sell the gun that he used to kill Trayvon Martin in 2012 for a reported $250,000.

Farrakhan's comments express the fatigue many black people are experiencing daily when it comes to racism.

He was referencing the gun that Dylann Roof, a man charged with murder and hate crime offenses, allegedly used in the killing of nine parishioners at Mother Emanuel AME Church in Charleston in June. The Justice Department announced Tuesday that it planned to seek the death penalty in the case against Roof.

Over the years, it's been tough for many in the black community and in the larger community to suss out Farrakhan's nuggets of wisdom — especially for a man who has a reputation for going on unmistakably anti-Semitic and misogynistic tirades.