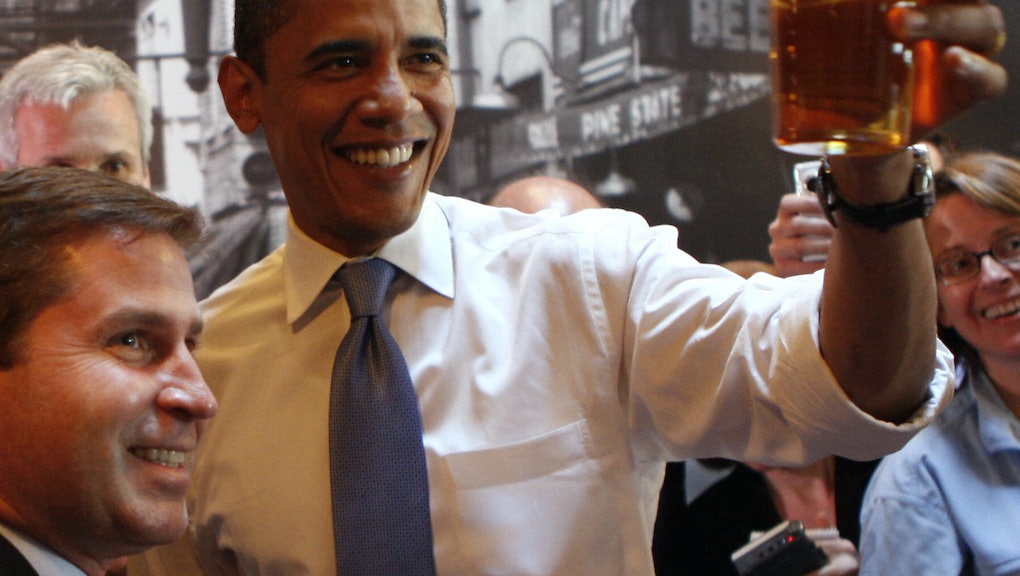 Science has confirmed what most of us already know: Drinking is fun. But now we have a way to quantify just how happy it makes us.

In a new study, researchers used data from over 31,000 people collected over three years. The people in the study all used an app called Mappiness and rated how happy they felt on a scale of 0 to 100 while doing various activities. The researchers found that "drinking alcohol is associated with considerably greater happiness at that moment — 10.79 points on a 0-100 scale."

Of course, usually when people drink they're already doing things that make them happy, like spending time with friends. Once the researchers controlled for what activity people were doing while drinking, they found drinking made happiness increase nearly four points, but that's still a significant amount, the researchers said.

So drinking might give you the biggest boost during unpleasant activities.

The researchers also tried to work out the causality relationship here: Was drinking really making people happier, or was being happy just making people drink? To figure this out, the researchers measured how happy people felt the same day before they started drinking. Once they factored that in, the happiness boost people got from drinking shrank, but remained significant. That means drinking probably does make people happier to some extent.

Drinking yourself into oblivion so you can be happy forever isn't the takeaway here though. The study also showed the happiness boost we get from drinking is short lived, and lots of drinking was not associated with long-term happiness.

So alcohol, like all things, is probably best in moderation.