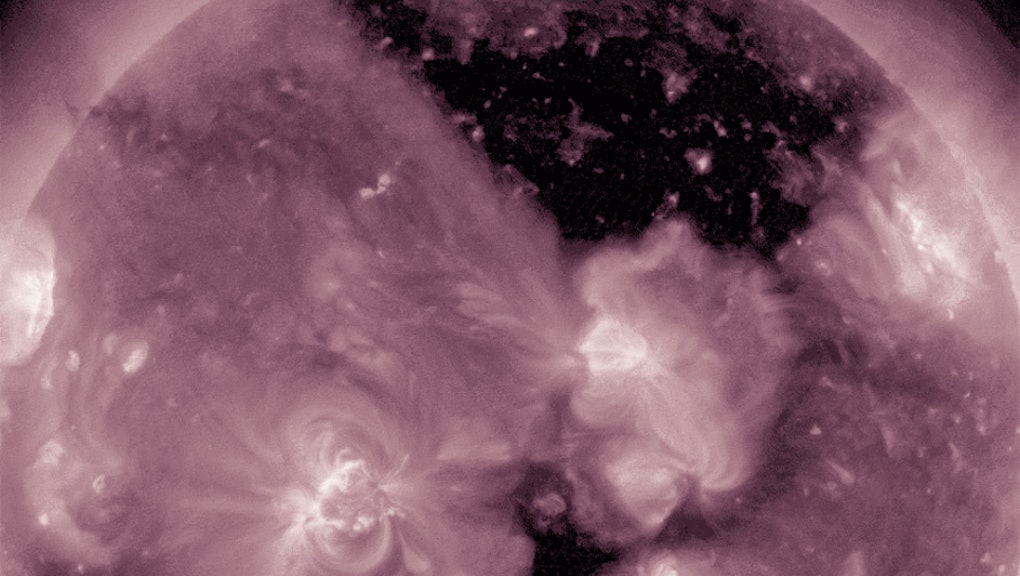 Did You Know There's a Giant Hole on the Surface of the Sun Right Now?

Lots of warm sunshine is arguably the best part about summer, but a new solar image from NASA is a friendly reminder that the sun is actually a red-hot ball of fury capable of spewing powerful blasts of dangerous radiation.

NASA's Solar Dynamics Observatory captured imagery of a giant, dark hole on the surface of the sun:

It's called a coronal hole. It's an area that is less dense and cooler than the rest of the sun's atmosphere. Coronal holes often eject powerful streams of high-energy particles and plasma called solar flares.

Solar flares carry powerful doses of radiation, and if they hit Earth they can mess with our communication systems and satellites. If an astronaut flew through one of these flares, they could potentially get a deadly dose of radiation.

Astronomers aren't totally sure how these holes form, but studying them is important if we want to safely send probes and astronauts through space.