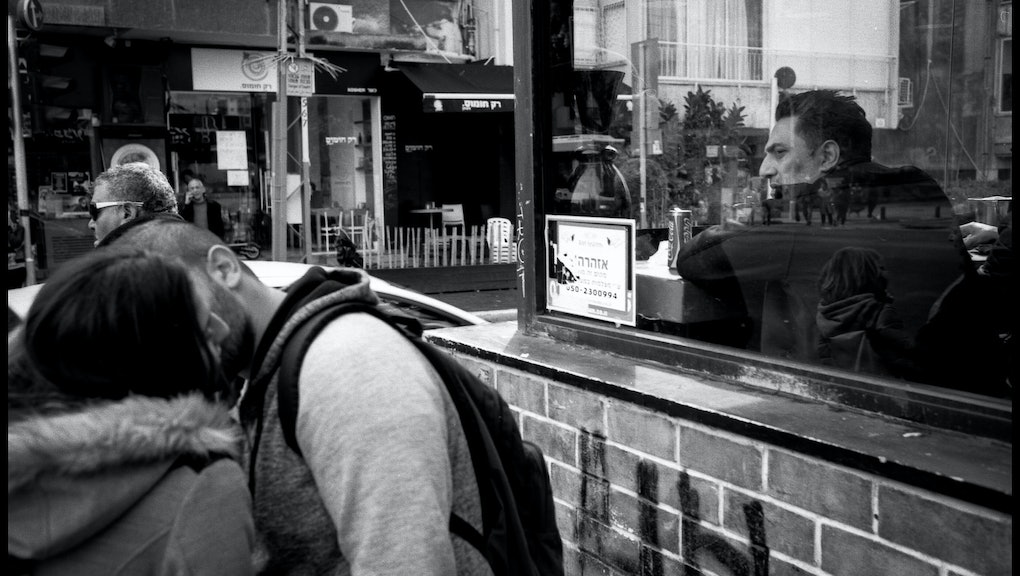 When 26-year-old Rachel* decided to move in with her friend Tom* in 2014, she wasn't concerned about sharing a space with him. The two-bedroom apartment they found was huge by New York City standards, and the pair had been friends for years before becoming roommates. For the first few months, everything was great. Then Tom's boyfriend moved in.

Rachel's unofficial transition to living with a couple was subtle at first: Tom's boyfriend, Nathan*, stayed over most nights of the week. He'd hang out in the apartment while Tom was at work, then cook Tom and Rachel dinner without doing the dishes.

By the time Nathan had effectively transitioned from being her roommate's boyfriend to her second roommate, Rachel felt she didn't know him very well — and she began feeling like she'd lost her apartment.

"I felt so intrusive sometimes," Rachel said by phone last week. "Even just hanging out in the common space sometimes felt like I was imposing."

In large cities like New York, where rent is high and space is limited, it's become increasingly common for spouses and long-term romantic partners to share their living spaces with others. Sometimes it happens accidentally, as was the case with Rachel; but often, it happens wholly on purpose.

Despite the convention of couples sharing their own single-family homes, plenty of underemployed, debt-ridden millennials have found it makes more sense to live with roommates than in a cramped one-bedroom. Naturally, such a setup can have its complications. As Rachel found living with Tom and Nathan, household harmony can be easier to come by when it's part of the original game plan.

Having voluntarily lived with two couples before she and Tom decided to move in together, Rachel had plenty of experience rooming with people in relationships. But in previous situations, she knew she was moving in with couples that had already lived together, which gave them the skills necessary to live well with others.

"Speaking as someone who now lives with her boyfriend, that beginning time of sorting things out is exciting and so special," Rachel said. "I think all parties [in the relationship and living situation] have to be fully aware of what it means to live together and just be open about expectations, especially if they're not being met. Ultimately, [what I learned] is only move in with a couple if they already lived together a long time and are in a groove."

If they're not, it can quickly become the third (or maybe fourth or fifth) roommate's problem, particularly if one or both members of a romantic partnership are slobs. While a spouse might be blinded enough by love to overlook the fact their partner litters the living room floor with crumpled-up receipts and candy wrappers, a roommate might not be so forgiving.

"Even though we all moved in at the same time, [the couple I live with] acts as if it is 'their' house," 24-year-old Anna*, who lives with another roommate in addition to a couple, said in an email. "They act like they live alone in that they never clean up after themselves, so I think of them kind of as one collective ... in their common disregard for me and our other roommate's personal space. And I think between the two people, their bad habits are reinforced."

But according to 28-year-old Matthew*, who lived with two friends who were dating several years ago, even when both partners are clean and considerate, it's possible they'll dominate the space in other ways.

"[Our living situation] was really cheap since, instead of us paying per room, we paid closer to per person, [but the] downside was that I pretty much had a room in their house, instead of it being a collaborative thing," Matthew said. "All of the furniture was theirs, if they wanted to watch a show they had priority and I'd sorta just have to deal if they had a party with their friends. I liked the people a lot, but I was sort of boarding, not being part of a household."

The opposite can be true, though, especially when living with a couple that's not comprised of two people who equally enjoy living in squalor. Romantic partners — at least those in healthy relationships — tend to bring out each other's best qualities and might make each other feel more at ease in interactions with other people.

That's what 22-year-old Leah* found when she was finishing grad school and lived with her current roommate and her roommate's fiancé. In a phone conversation last week, she described Ashley*, her roommate, as extraordinarily solitary and introverted — unless she's around Seth*, her infinitely more affable partner. When the three of them lived together, Leah felt like she had "cool parents" for roommates. Since Seth relocated to another city for work, though, she's found she misses being the third wheel.

"Living with a couple was a good thing for me, because he actually talked to me," Leah said. "Basically, Seth was a great roommate ... and Ashley is better when he's around."

That's arguably the case for anyone who has a romantic partner they don't hate — but not so much for couples on the verge of breaking up. A rocky period for a relationship typically means a tense environment for roommates, or a lot of awkwardness and feigned ignorance in response to constant fighting. Even the worst nightmare for anyone who lives with a romantic pair — which is to say, living with a couple that stops being a couple — might not be so bad, according to Kenny, 23. He recently lost one of his roommates because she broke up with another, who stayed in the house.

"His name, not hers, was on the lease, so she has moved out," Kenny said by email. "That's a bit of a shame for her roommates, since we're closer to her than him. It also sucks for her, since the friends she's been spending the most time with now all live with her ex. Additionally, he probably cannot afford to pay the rent on that room on his own, so that is a not-so-fun thing to deal with in our future."

Still, roommates breaking up only sucks while it's happening and perhaps shortly thereafter; living with a happy couple can suck in its own unique ways for a whole lot longer. For Rachel, who felt Tom would see any complaint about Nathan's bad roommate behavior as a criticism of his partner, that was certainly the case. But it also taught her everything she needed to know to live with, well, pretty much anyone — except for another person while she's still living with her boyfriend.

"I think you need space when you're a couple," Rachel said. "I couldn't imagine living with another person, even though my boyfriend and I are so solid. ... I am so grateful it's just us alone in our apartment."