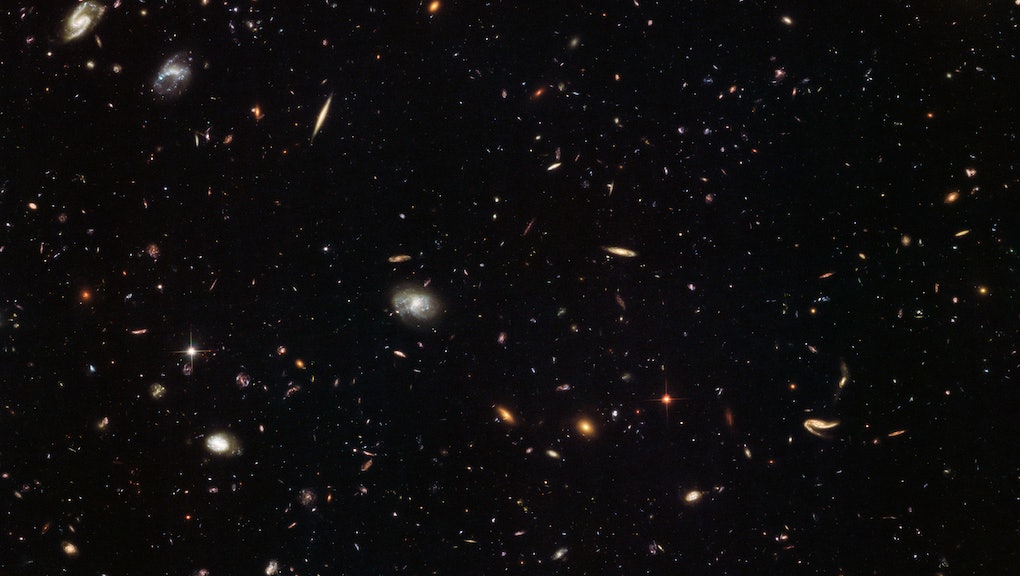 There's nothing quite like a snapshot of the expanse of the universe to make you feel incredibly tiny.

This photo from the Hubble Space Telescope shows a cluster of thousands of galaxies 5 billion light-years away within the constellation Leo:

For a little perspective, our Milky Way galaxy is about 100,000 light-years across — and this image contains thousands of galaxies.

Galaxy clusters have a profound influence on the space around them. Their massive gravity warps light and creates a phenomenon called gravitational lensing that magnifies more distant objects we normally wouldn't be able to see. Astronomers rely on gravitational lensing to study new, unexplored regions of space.

Studying big patches of space also helps astronomers figure out how dense the universe is. All patches might be full of galaxies like this one (and potentially other habitable worlds), or there might be more empty patches than we thought.