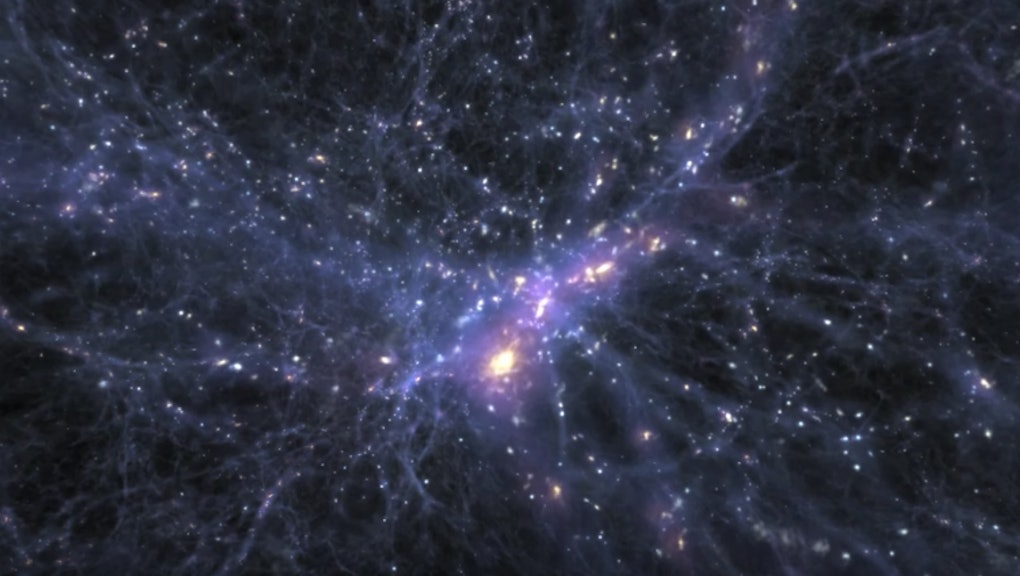 A lot happened in the 13.8 billion years of our universe's existence, and now you can watch a fast-forwarded version of most of it.

The simulation shows how a 100 million-light-year patch of sky has changed — starting 20 million years after the Big Bang up to the present day.

Things start out empty, but eventually matter condenses and the first galaxies form:

Scientists put together this animation in 2010. It's just a simulation of galaxy evolution, but it's based on our understanding of the early universe and how things evolved. It's even helped engineers design the James Webb Space Telescope, which will be studying the early universe when it launches in 2018.

What we've learned: We've discovered a lot of new things about universe evolution since NASA created this simulation.

We've seen further back in time and captured photos of the universe's "baby pictures."

We know that small, dwarf galaxies likely caused the universe to heat up 13 billion years ago.

We now know that gravitational waves are real, and studying them could help scientists figure out black holes and the role they play in shaping the universe.

You can watch the whole universe evolution below: