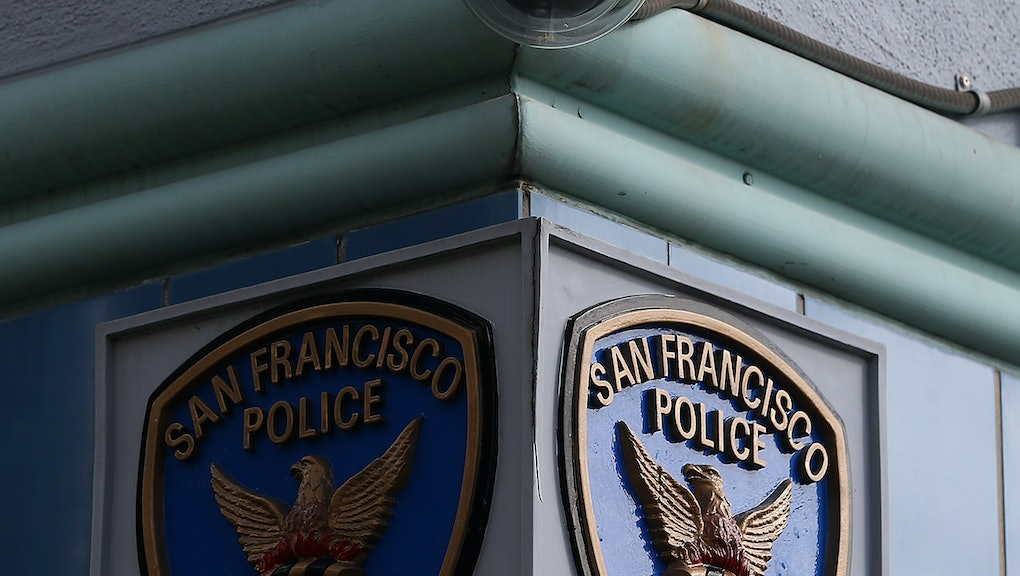 In the wake of departmental turmoil, the San Francisco Police Officers Association and Mayor Ed Lee reached an agreement on the department's use of body cameras after the union voted unanimously in favor of them Tuesday. Officers could be wearing the cameras as soon as August 1.

There has been an ongoing national debate over the use of body cameras — small devices attached to officers' uniforms that, depending on local laws, are used during interactions with the public. As police forces across the country have drawn increased criticism from the public for their deadly encounters with people of color, many have asked whether those cameras would actually stem police violence or provide an accurate depiction of events when it does occur.

But do they work? One third of United States police forces use body cameras, including police in Miami and they are being tested in Chicago and soon New York City. There's evidence, albeit a small pool of it, to suggest that body cameras do change policing. One study of police officers in Rialto, California, found that officers who were not wearing body cameras were about twice as likely to use force as those who were wearing them.

In May, former San Francisco Police Chief Greg Suhr resigned after an officer fatally shot Jessica Williams, a 29-year-old unarmed black woman on May 19. Williams' death was the most recent of a string of high profile killings of civilians by police in the city. Others included Alex Nieto, who was shot 14 times by police officers in 2014. Nearly a year later, police shot and killed Amilcar Perez-Lopez, a Guatemalan immigrant. In December 2015, 26-year-old Mario Woods was shot 21 times by officers near his home in the city's Bayview neighborhood. In April, 45-year-old Luis Gongora was shot and killed by officers.

Bigger than technology. Critics argue that body cameras alone won't fix the problem of officer-involved shootings. Both Woods' and Gongora's shootings were caught on camera by witnesses. In Woods' case, video of the shooting was shared widely and prompted outrage among city residents. The case even became a talking point after last year's Super Bowl when a group of Beyonce's dancers were pictured holding a sign that read "Justice for Mario Woods."

But the attention didn't quite lead to accountability. Not one police officer in San Francisco has been charged in an officer-involved shooting in recent years.

And that problem extends far beyond the Golden Gate. New York City Police Officer Daniel Pantaleo, who was caught on camera by a witness putting unarmed 43-year-old black man Eric Garner in a fatal choke hold, was not indicted in Garner's death. The news prompted New York Times Magazine reporter Jenna Wortham to point out the limits of technology to curb police violence when she tweeted, "Eric Garner's death WAS captured on video. We all saw it. Body cameras for cops won't solve this problem. It's bigger than technology."

But while technology alone can't fix the problem, new acting police chief Toney Chaplin hopes that the cameras can at least help document it. "I think it's going to be a huge thing to help us out," he said of them during a press conference in May.

"It's not going to solve everything, but it will give us another look at these things happening from the point of view of the officers."