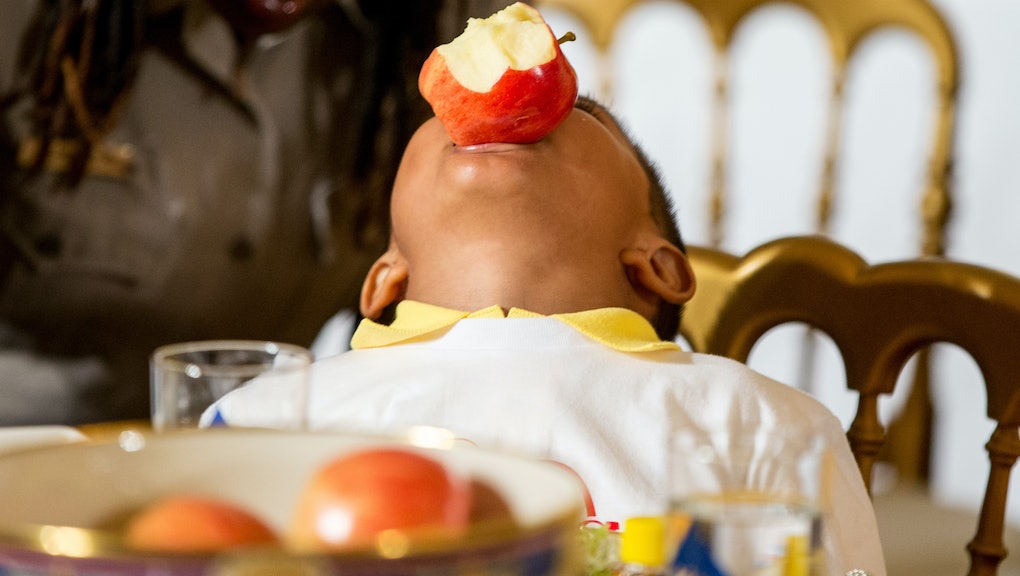 One tried and true way of calling out body shamers on their crap is relentlessly dragging them on Twitter. But this tactic has little effect on the youngest shamers: six- and seven-year-old children.

According to a study published in the psychology journal Child Development in May, kids body shame their peers as early as first grade. Not only have many children been internalizing fat-phobic messages they hear in everyday interactions inside and outside of their homes, they are actively bullying children heavier than them, too.

The researchers behind the study polled 1,164 six- and seven-year-olds in the United States and found children who were considered thinner, or of a "healthy weight" — typically determined by his or her ranking on the body mass index, a weight-to-height chart developed by the Centers for Disease Control — actively excluded their bigger peers from their circle of friends.

What's more, such treatment only got worse the heavier the targeted child was; the study found the rate of bullying and exclusion increased in tandem with the child's weight. Thinner children also ranked their bigger peers as their least favorite classmates.

The findings of the study — titled "The Social and Emotional Lives of Overweight, Obese and Severely Obese Children" — probably won't shock anyone who remembers their elementary school days. Children can be remarkably cruel to each other, often because they haven't fully developed the cognitive brain function that enables healthy associations and moral judgment, which can often take until late adolescence.

Body shaming, however, negatively affects self-esteem from the moment it happens to the shamed child, according to the study. "In terms of emotional health, severely obese children had more symptoms of depression than children who were overweight and of healthy weights," the authors wrote. "Both severely obese and obese children had more physical symptoms (e.g., complaints of pain and visits to the school nurse) that may have been the result of stress or psychological concerns [brought on by the shaming]."

Amanda Harrist, a childhood development professor at Oklahoma State University in Stillwater, who led the study, further explained the risks of body shaming among first graders.

"Severe obesity is a clear psychosocial risk for children, even as early as 6 years old," she wrote. "Children who are ostracized, as occurred with the severely overweight children in our study, suffer great harm, with feelings of loneliness, depression and aggression, and these children are more likely to skip school and drop out later."

The study also has broad implications for childhood development and how kids learn to accept themselves and their peers.

Child development experts say "self-concept" — a social psychology term meaning how someone thinks about, evaluates or perceives themselves — becomes more complex by the time children enter kindergarten and first grade. At that age, whether their peers like and accept them starts to matter much more to children, according to Ellen Booth Church, an early childhood educator based in New York state.

"While self-concept is about 'who I am,' self-respect is more about 'how I take care of myself,'" Church explained in an essay for Scholastic's educational magazine Early Childhood Today. "A strong sense of self allows children to be able to speak up if they think something is not fair, if they are being ignored, or even if they don't feel well. The key word is respect. As their self-concepts grow to include self-respect, children learn that what is fair for them also has to be fair for those around them."

Church and others say grade school is arguably the most crucial time to encourage healthy and compassionate views about self-image in children. And who doesn't want to raise a boy or girl kind enough to not bully others, but to also stand up for their bullied peers?