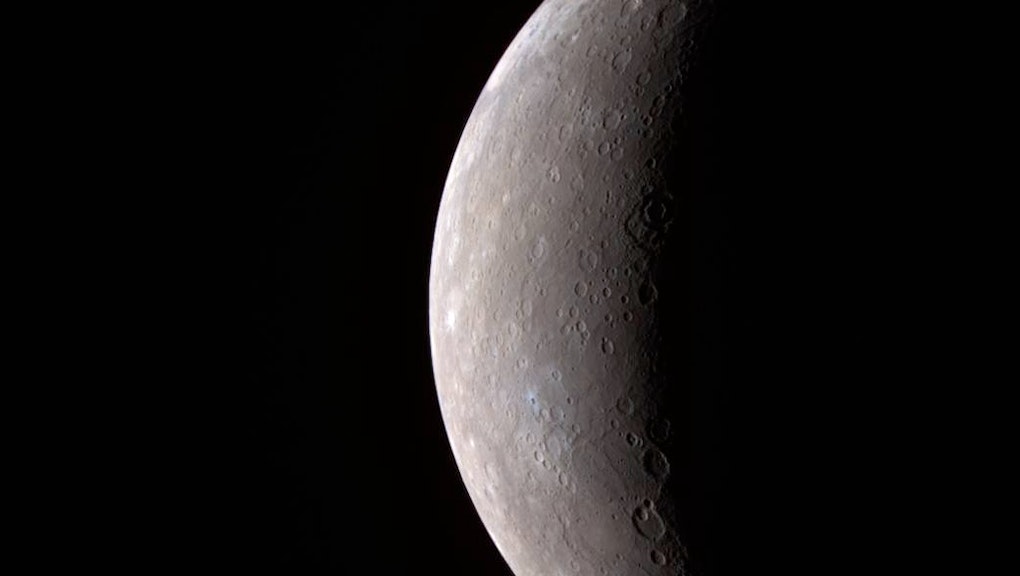 The Moon Will Pass in Front of Mercury This Friday

Mercury has gotten a lot of attention lately with its retrograde phase and its transit in front of the sun. But the tiny, innermost planet isn't done putting on a show.

On Friday, June 3 at around 6 a.m. ET, Mercury will get so close to the moon that the moon will appear to eclipse Mercury from certain parts of Earth, according to Universe Today.

This is part of the normal orbital patterns of our solar system, but usually it's hard to spot the inner planets passing so close to the moon because it happens in the middle of the day. This one on Friday will be more visible since Mercury will pass within one degree of the moon very early in the morning.

For most of us it will look like Mercury and the moon are on a collision course. They'll come close, but we won't actually see one pass in front of the other. But observers in the Falkland Islands will actually be able to see the moon pass in front of Mercury, according to Universe Today.

You should be able to see the event during the day too, as long as you find something to block out the sunlight.

Universe Today reports that some earthshine might be visible too. Earthshine happens when sunlight bounces of the land, sea and clouds and back onto the moon's surface.

As NASA explains, "Both Earth and the Moon reflect sunlight. But when the Sun sets anywhere on the Earth-faciing side of the Moon, this happens every 29.5 Earth-days, the landscape remains lit — illuminated by sunlight reflected from our own planet."

Earthshine happens often in April and June, but it can still occur at other times of the year.

If you're planning on waking up early on Friday, see if you can spot Mercury and some earthshine.