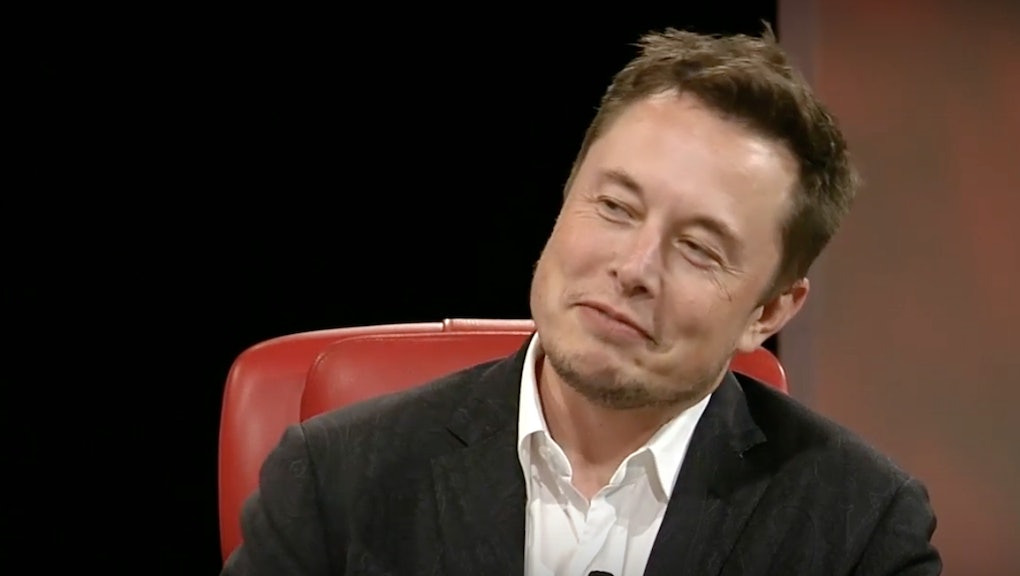 We are going to Mars and we're going soon, if SpaceX CEO Elon Musk has anything to do with it.

"If things go according to plan, [we] should be able to launch people by 2024 with arrival in 2025," Musk said at the Code Conference on June 1.

Musk has already said he wants SpaceX to start sending unmanned missions to Mars in 2018.

Now it seems that humans won't be far behind.

The plan is to send people inside SpaceX's Dragon 2, which is a small space capsule designed to seat seven astronauts. If all goes according to plan, Dragon 2 will see its first manned flight at the end of 2017. The plan is to use Dragon 2 to carry NASA astronauts to the International Space Station, and eventually Mars.

We're also waiting for Musk to reveal his plans for the Mars Colonial Transporter. The giant space shuttle system is supposed to be capable of carrying 100 people to Mars.

That would certainly be an efficient way to colonize the red planet.