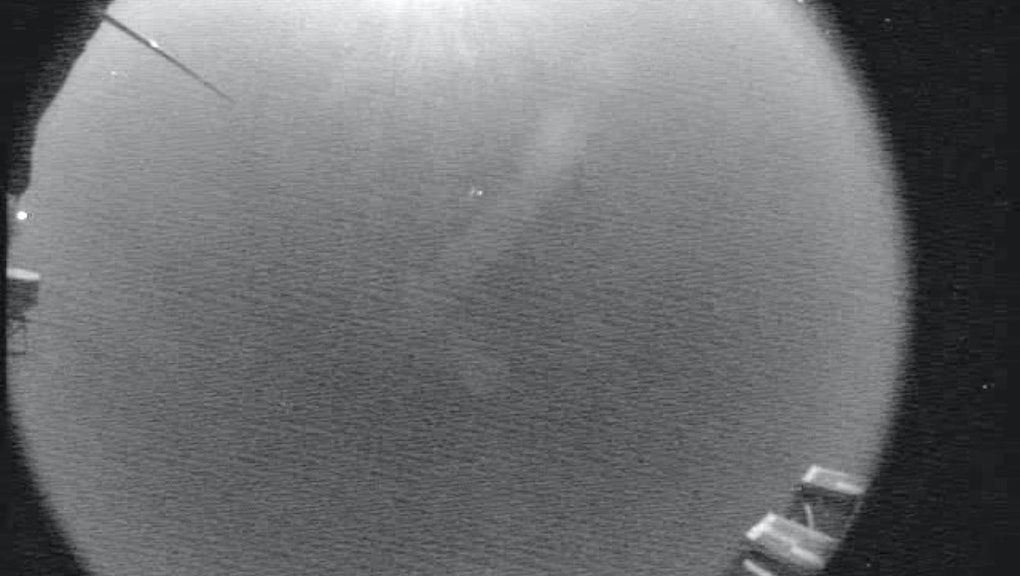 A Super-Bright Fireball Flew Across Arizona on Thursday — Here's Why

A 5-foot-long asteroid hurtling along at 40,200 miles per hour entered Earth's atmosphere early in the morning on Thursday.

When asteroids hit the atmosphere they ignite and turn into "fireballs." This one flew across the sky over Arizona around 4 a.m MST, according to NASA.

It was so bright you can see it illuminate the ground as it passed overhead.

Scientists are having trouble studying this fireball because it was so bright. Most of the cameras that caught any footage are too saturated.

"There are no reports of any damage or injuries — just a lot of light and few sonic booms," Bill Cooke, a scientist in NASA's Meteoroid Environment Office, said in a statement. "If Doppler radar is any indication, there are almost certainly meteorites scattered on the ground north of Tucson."

The fireball left behind strange smoke patterns that locals caught on video:

Fireballs like this one are fairly common. Here's the path that NASA scientists think it took before it hit the atmosphere:

Most of the time asteroids that hit the atmosphere are too small to do any real damage.

However, NASA has discovered more than 14,000 asteroids orbiting near the Earth since 1998. If a large enough one does hit us, it could do cataclysmic damage to the planet.