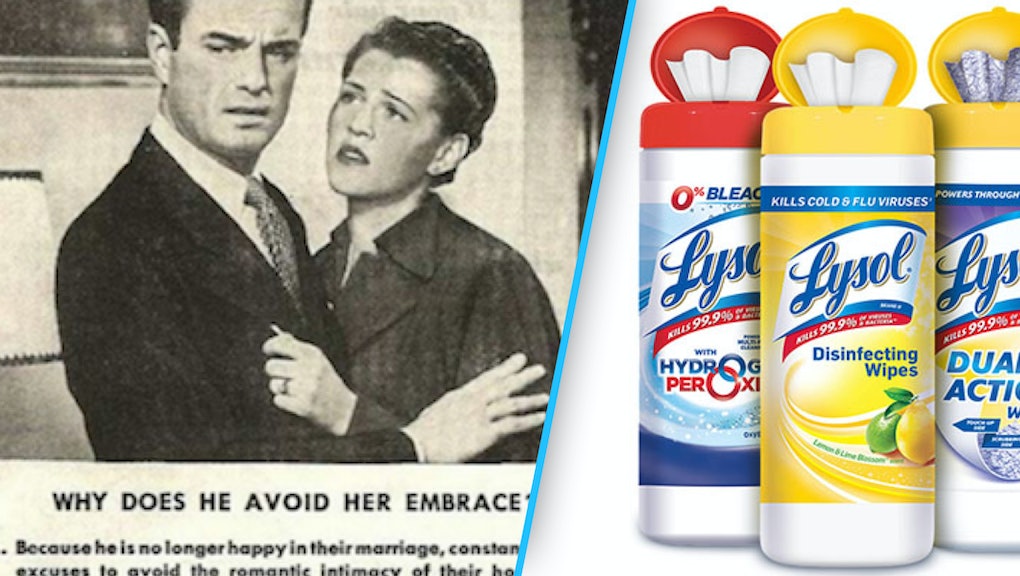 This is an old Lysol advertisement:

Here's the deal: Back in the early 1900's before it became known as a disinfectant, Lysol was marketed as a douche, aka a feminine hygiene product. Some even used it as birth control as the ingredients were thought to "kill sperm."

This is troubling: Lysol's ingredients prior to 1953 were reported to cause inflamation or burning.

Something just as troubling? This terribly language in the ad:

Other Lysol ads often boasted similar sentiments, one that women must clean their vaginas in order to be loved, or insinuating that men should avoid intimacy if she doesn't obey certain standard.

This ad is not the only gem from Lysol.

... this one tells women that Lysol is will help them achieve intimacy.

And this considers women who don't use Lysol to be flawed.

One thing's for sure: Lysol should be kept far, far away from anyone's genitals.