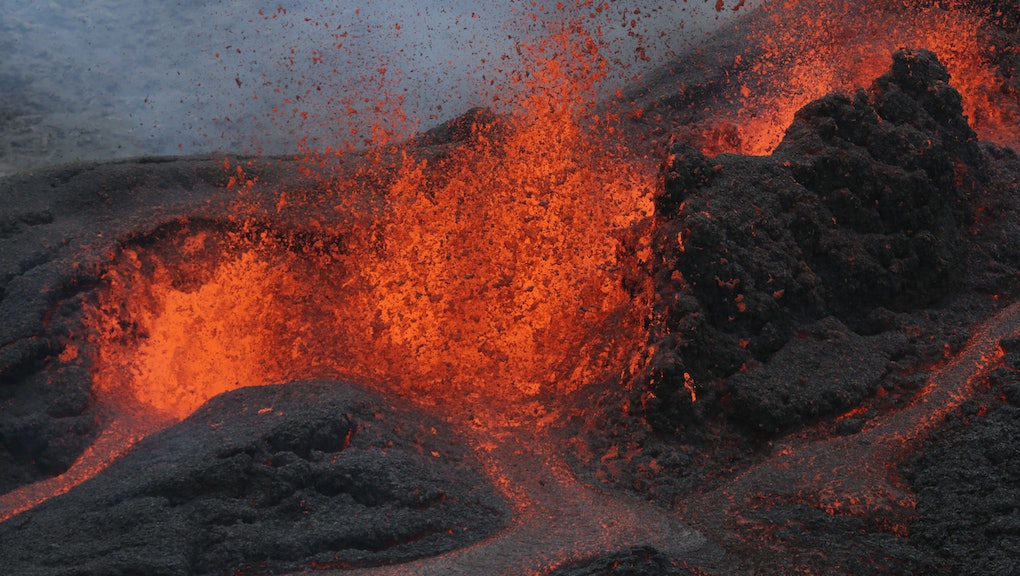 Geologists have discovered a massive magma chamber below the Earth's surface, sitting near some of New Zealand's most active volcanoes.

This was a surprising find, as magma chambers normally sit directly under volcanoes, not off to the side like these. Pressure buildup can cause the magma underneath a volcano to rise and pour out of it as lava, creating a volcanic eruption.

But this magma chamber is different. Geologists have nicknamed outliers like this one "zombie volcanoes" because they show signs of life where geologists normally wouldn't expect to find it. And there's probably quite a few of them out there.

"There's no need to panic, but chances are there are lots of bodies of magma dotted throughout the crust," Ian Hamling, a geophysicist at GNS Science in New Zealand, told Nature News.

Hamling and a team of scientists were using radar satellites to study the Taupo Volcanic Zone when they noticed an abnormal patch of magma that appeared to be rising. After sorting through previous data, Hamling figured out that the area has actually been slowly rising since the 1950s. During its peak growth, 9 million cubic meters of magma were bubbling into the chamber every year.

It's smaller than the magma chamber under Yellowstone, Hamling told Nature News, but it's still an impressive size.

It's unclear whether or not the zombie volcano could actually pose a threat, but so far there hasn't been any increase of volcanic activity in the area.

Geologists say we'll probably find a lot more of theses zombie volcanoes now that radar satellites are becoming more advanced. They've probably always been lurking below the surface, we just had no way to detect them until now.