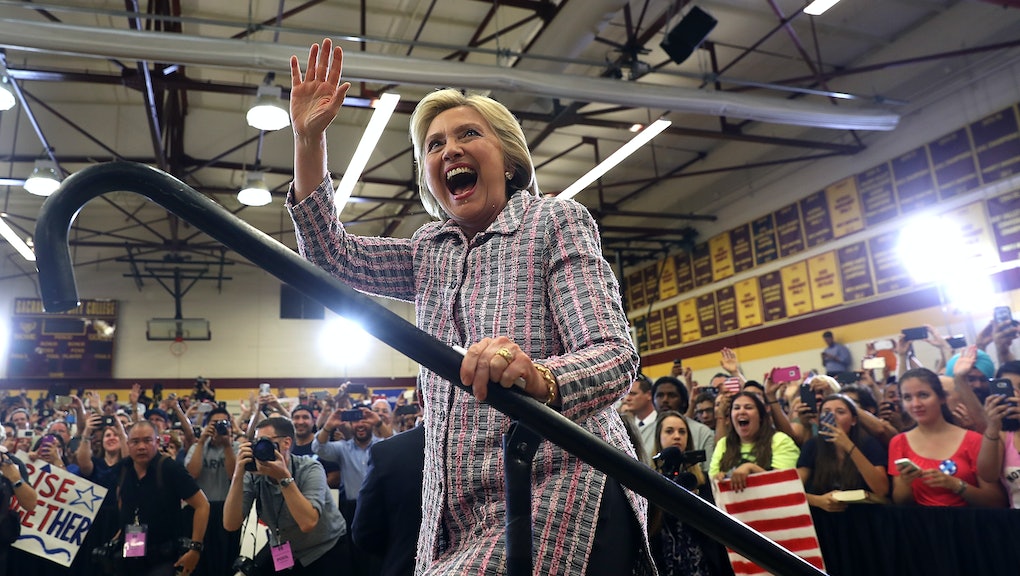 Hillary Clinton decisively defeated Bernie Sanders in New Jersey's primary Tuesday — a victory that came one day after she effectively clinched the nomination.

The Associated Press called the race for Clinton at 9:04 p.m. Eastern, about an hour after polls closed.

Clinton is now expected to deliver a speech declaring herself the nominee — similar to the one now-President Barack Obama gave after the final primaries in 2008 in St. Paul, Minnesota.

Also echoing Obama's triumph eight years ago, Clinton clinched the nomination with a majority of pledged delegates, as well as a number of superdelegates — or party insiders and elected officials who get to vote at the Democratic National Convention in July.

Clinton was expected to carry the Garden State, thanks to its diverse population that widely resembles those in both New York and Pennsylvania — states that also chose Clinton by wide margins.

She had a double-digit lead in pre-primary polls, and the elections prediction website FiveThirtyEight gave Clinton a "greater than 99% chance" of victory.

Sanders, on the other hand, had placed little emphasis on the state — instead focusing on California, which he deemed a must-win for his campaign. Polls in California close at 11 p.m. Eastern on Tuesday — three hours after those in New Jersey.

Despite Clinton clinching the nomination, Sanders has vowed to stay in the race through the Philadelphia convention.

Sanders has said that a win in California would help him convince superdelegates to change their minds and vote for him at the convention. It's an unlikely scenario given his deep deficit in every primary metric, including popular vote, pledged delegates and superdelegates.