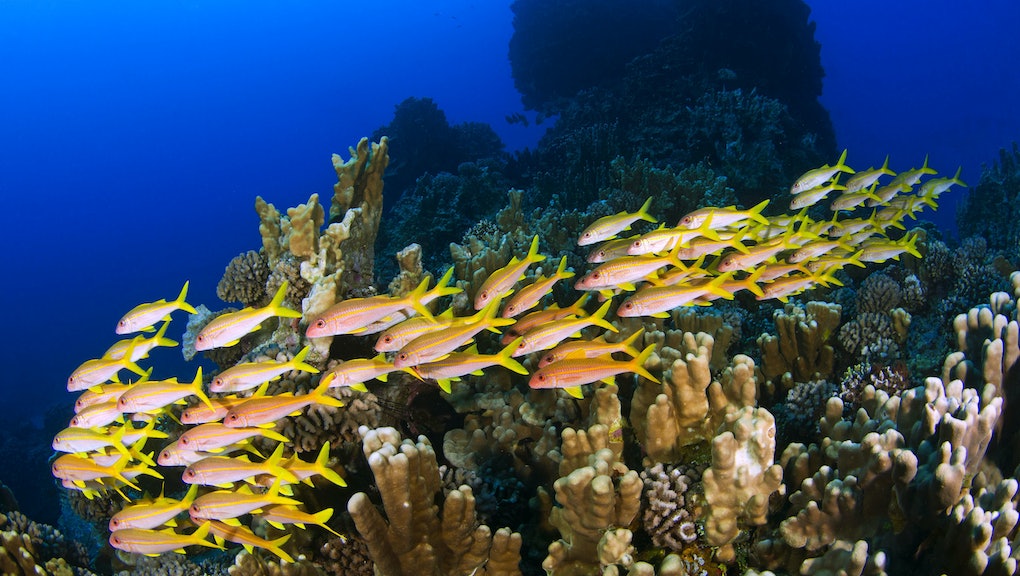 On World Oceans Day, Here's the One Disturbing Stat Everyone Should Know

Today, June 8, is World Oceans Day, and scientists and conservationists are using it to draw attention to a growing problem:

About 8 million metric tons of plastic are dumped into our oceans every year, according to research published in 2015, and scientists estimate there are over 5 trillion pieces of plastic floating in the ocean right now.

The Ellen MacArthur Foundation found that if this trend continues, there could be more plastic by weight than fish in the ocean by 2050.

That much plastic has severe consequences for ocean ecosystems.

Sea creatures accidentally swallow plastic and die. Turtles and sea mammals get tangled up in it. Jellyfish are even hitching rides on plastic bags, allowing them to extend their range into nonnative waters.

What can we do about it?

Unfortunately, there aren't any catch-all solutions yet.

As great as they sound, biodegradable plastics aren't the answer.

"It's well-intentioned but wrong," Jacqueline McGlade, chief scientist at the United Nations Environment Programme, told the Guardian. "A lot of plastics labeled biodegradable, like shopping bags, will only break down in temperatures of 50 degrees Celsius, and that is not the ocean. They are also not buoyant, so they're going to sink, so they're not going to be exposed to UV and break down."

Others have proposed clean-up methods. You've probably heard of Boyan Slat — the mop-haired 21-year-old who dropped out of school to found Ocean Cleanup.

Slat wants to create a system of floating barriers attached to the seabed that will wait for ocean currents to naturally sweep plastic pieces into its nets. Many are skeptical about the feasibility of the project, but the first prototype is slated to launch this summer. Whether or not it works, this is the largest ocean cleanup ever attempted, so at least people are trying.

Going forward, the best way to reduce the amount of plastic that ends up in the ocean is introducing better garbage-collection methods and encouraging people and companies to recycle more, a United Nations report concluded.