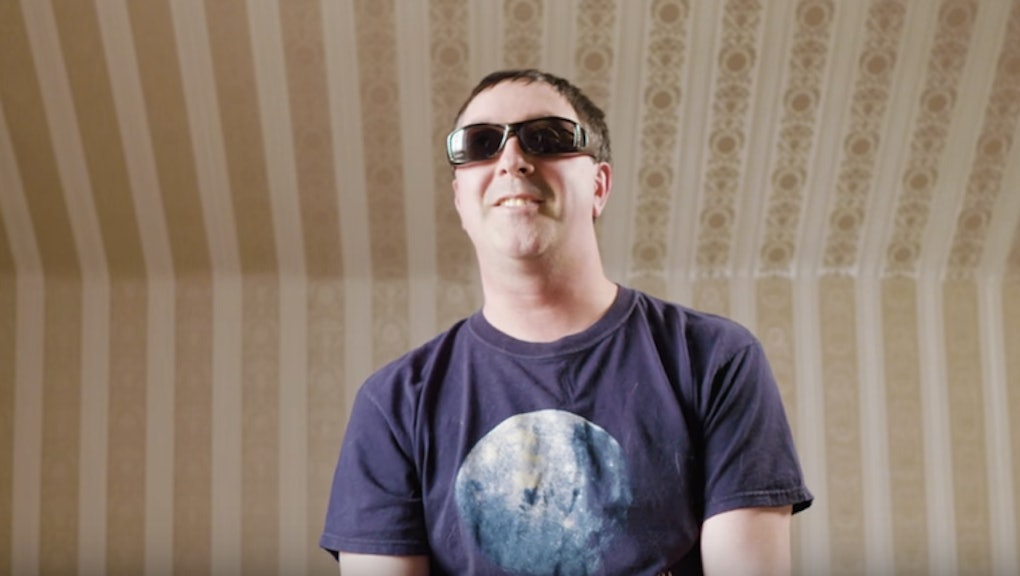 Legally Blind Astronomer Can See the Night Sky Better Than Most

At nighttime, amateur astronomer Tim Doucette can often be found peeking into a telescope within his personal observatory. But, during the day he only has about 10% of his eyesight.

In a Great Big Story video posted Sunday, "The Blind Astronomer of Nova Scotia," Doucette, who was born with congenital cataracts, discusses how he realized his lack of eyesight was a unique gift.

Growing up, it was easy to become discouraged.

While the average person's pupil automatically adjusts for the amount of light coming in, Doucette's pupil is always open.

But at night, after a few surgeries, he realized he was able to see a bit more light than most people.

Many see fuzzy patches, while Doucette is able to see colors.

More importantly, when he looks at the sky, his problems and doubts no longer matter.