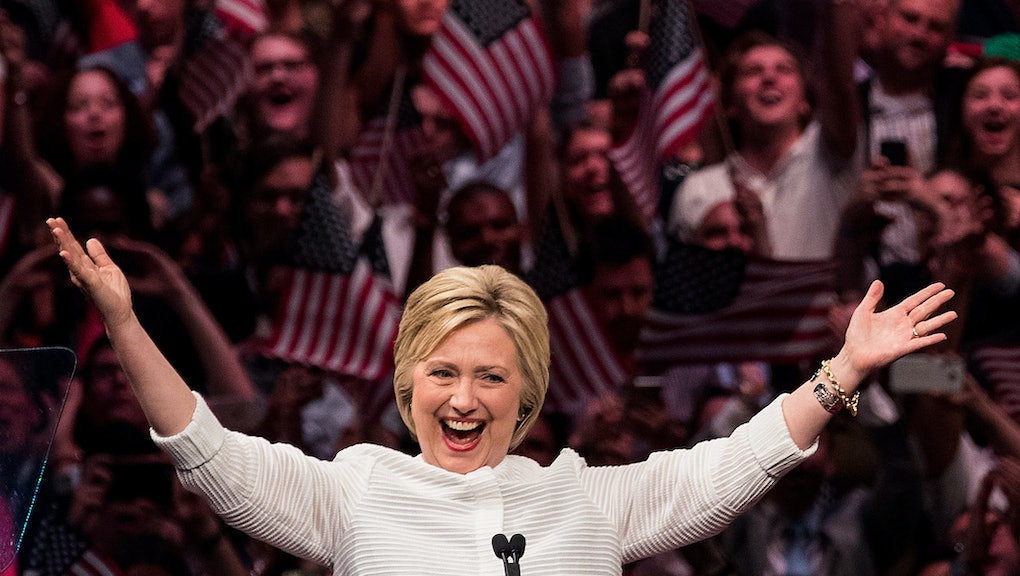 Hormone (noun): a chemical substance that controls most bodily functions.

And recently, hormones have dominated the news cycle.

First with Brock Turner, the former Stanford University student who was convicted of assault with intent to rape, which brought about a common "she was asking for it" narrative.

Then with Hillary Clinton, the first woman to become the presumptive nominee of a major American political party who has faced slews of backlash and scrutiny for having emotional qualities of a woman.

It turns out, according to as the.mighty.feminist's Instagram, the two might have more in common than you thought.

While some consider Clinton's "emotions" a flaw that would make her a bad president ...

... Hormones have a curious way of becoming an excuse for sexual criminals, who, because of their hormones, do things they can't control.

A woman's capability to do something (like run the country) shouldn't be based off of her "emotions" or "hormones," especially if a man is able to use it as an acceptable excuse to do what he pleases (like assault someone).

Read more: How Brock Turner's Mugshot Exposes a Double Standard in the Media