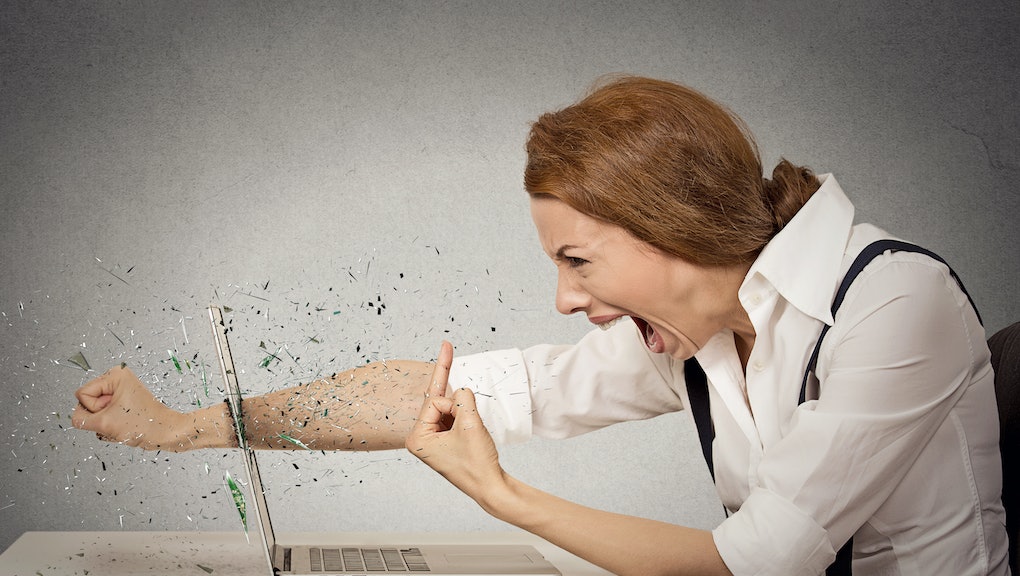 You're casually scrolling through Facebook when an overwhelming urge grips you. You know you shouldn't, but you type the name of your ex into the search bar. Suddenly you're Sherlock Holmes, scanning through every new post and photo, looking for signs that they might be seeing someone new, or — worse — that they're happy and doing just fine without you.

In an effort to appear mature, or to "win the breakup," some of us choose to stay Facebook friends with an ex partner. But according to research, putting up that kind of front may do more harm than good — and could affect your ability to move on and heal.

Psychologist Tara Marshall found that staying Facebook friends with an ex and monitoring their profile may increase feelings of distress about the breakup, according to a study published in the journal Cyberpsychology, Behavior, and Social Networking. Refusing to unfriend may also increase feelings of sexual desire for the ex and a longing for the lost relationship.

"Overall, these findings suggest that exposure to an ex-partner through Facebook may obstruct the process of healing and moving on from a past relationship," Marshall concluded.

Every breakup is different; there are lots of different factors in play when a couple decides to cut things off in real life. How we respond to breakups depends on the circumstances and who initiated it.

So it's important to note that Marshall's research shows correlation, not causation, between staying Facebook friends with an ex and negative psychological outcomes. Still, Marshall said in a phone interview, "all indicators would suggest that it's not healthy."

So should you unfriend your ex?

Maybe. Before you start tapping through those pictures of your ex and their new partner, it's a good idea to figure out your real motive for staying connected to them in the first place.

When it comes to that real motive, people usually fall into two camps, Marshall said: They're following an ex on social media because they still feel attached to them, or they're following them because they genuinely don't care anymore and can't be bothered to unfollow them. If people fall into the former category, they may be better off unfriending their ex.

"People are often morbidly curious," Marshall said. Breaking things off with a person you shared so much intimacy with can be a big shock, and often we're tempted to continue some form of attachment to them.

"Wanting to be friends keeps you from feeling the full depth of the loss, softening the blow of the breakup," therapist Nina Atwood told Fox News magazine. That might lessen the initial pain of a breakup, but it can make it take longer to get over someone.

Research has also shown that Facebook-stalking an ex may increase feelings of anxiety and jealousy.

"The more you can minimize exposure," Marshall said, "the more space you have to move on."

If you both genuinely don't have feelings for each other anymore, then it might be fine to stay friends. Otherwise, you might be doing more harm than good.