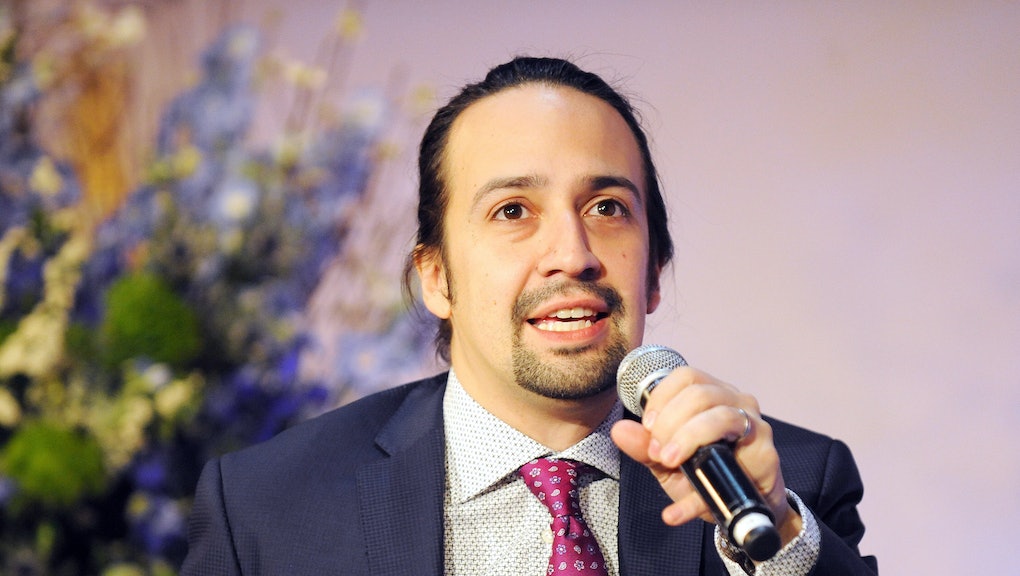 Only 53.6% of eligible voters in the United States voted in 2012's presidential election, according to the Pew Research Center.

And only about 65% of the country's voting-age population is registered.

Lin-Manuel Miranda, writer and star of Hamilton, has something to say about this:

In a video for the nonprofit organization Hispanic Federation, Miranda relates just how important a trip to the voting booth is.

Here are his big points:

Democracy only works when people vote.

It's the only way for minorities to get the representation they deserve.

All votes can make a difference.

From gender equality to Broadway's diversity problems, Hamilton cast members have used the platform the musical has given them to take public stands.