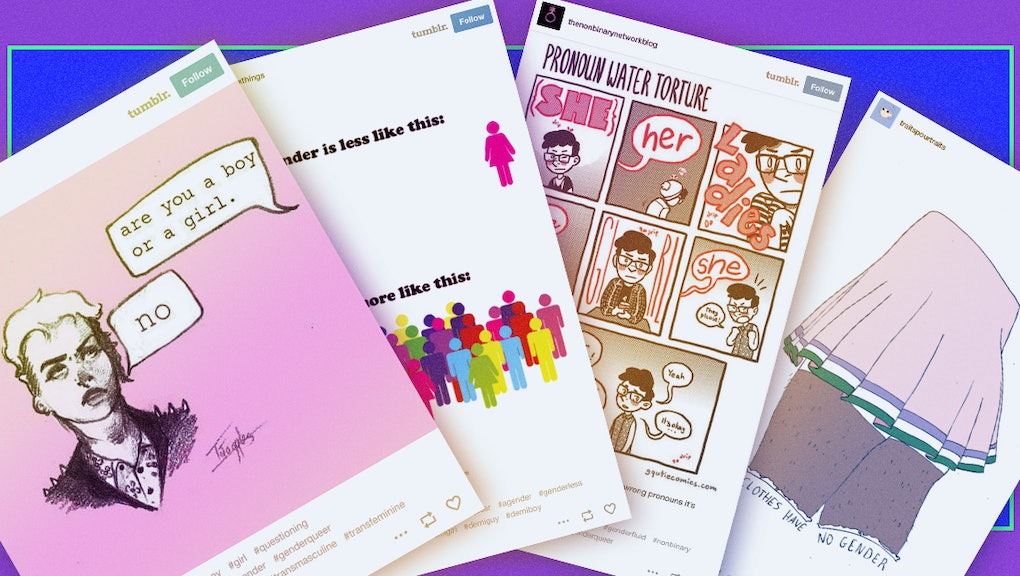 11 Times Tumblr Cut Through the Bullshit of Gender

Needless to say, gender is much-debated and discussed in 2016.

Here are 11 Tumblr posts that shut down the mandate that someone must be either a boy or a girl.

Some people are gender fluid and identify as a girl, boy, neither or both.

But sometimes they aren't even sure what their gender is.

Items of clothing aren't female or male, either.

It's easy to feel left out when you don't "fit" into societal gender categories.

And when people mess up your pronouns or don't ask what they are.

But you know that gender is more than just boy and girl.

And you feel no need to call yourself one or the other.

Because only you can decide who you are.

And once that decision is made, you are still human.

And not someone that should be left in the dust for not fitting into what some believe are strict categories.