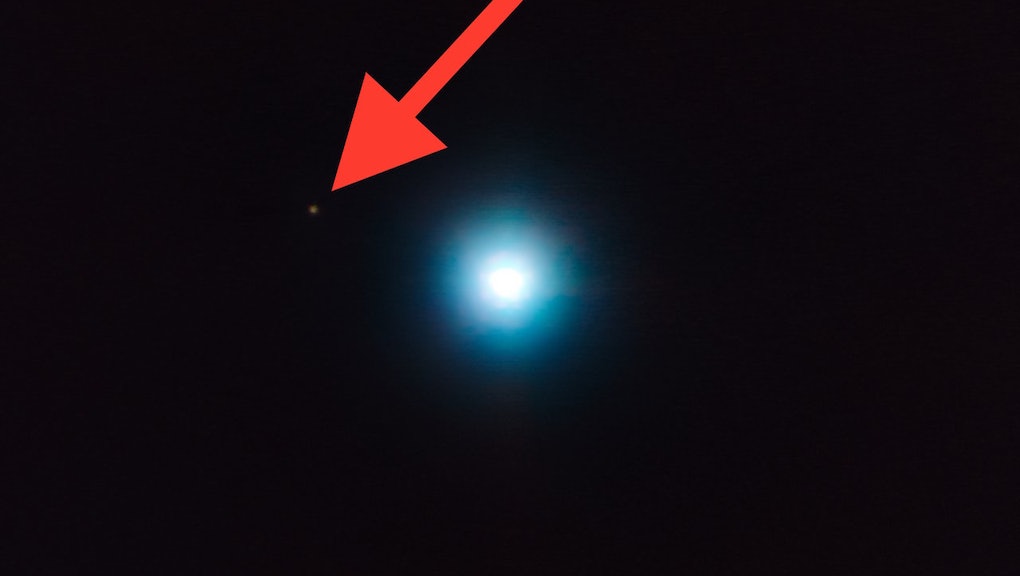 Spotting an exoplanet — a planet outside our solar system — is really difficult.

Normally, astronomers have to stare at distant stars and hope that a planet will pass between the star and us. When that happens, if they're lucky, astronomers can glimpse a tiny speck float across the star. It looks like this:

Now astronomers are getting better at actually catching direct images of exoplanets, not just the shadows as they pass in front of stars.

The image shows the bright star in the center, and the small exoplanet called CVSO 30c on the left marked with the red arrow:

Direct imaging like this works best when the planet has a really wide orbit around its star. That way the starlight doesn't completely block out the planet and scientists have a chance of photographing it.

And that's another awesome thing about this exoplanet: CVSO 30c takes a staggering 27,000 Earth years to make just one trip around its star. So if you're 27 right now, you'd be only 0.001 years old if you were born on CVSO 30c.