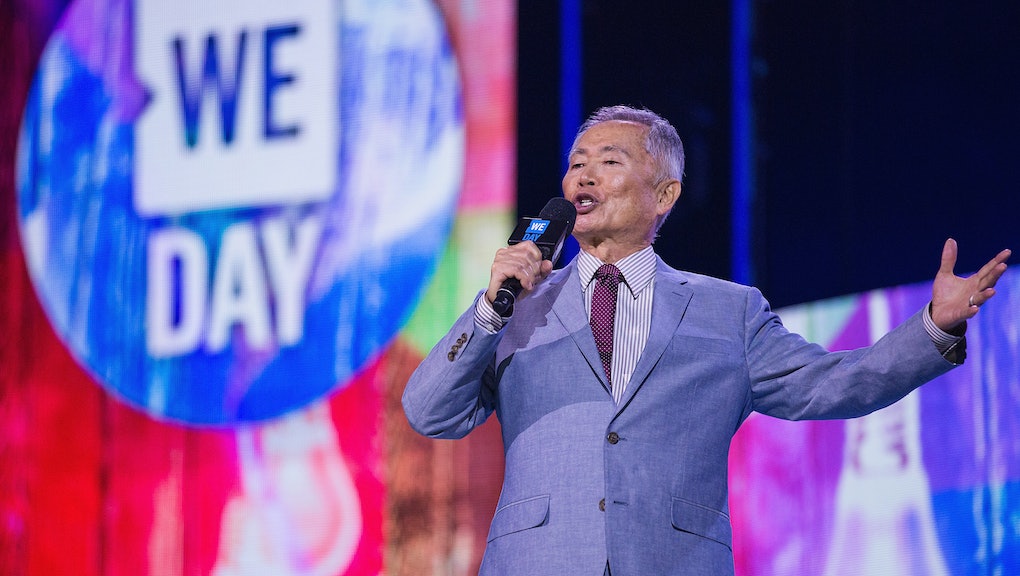 George Takei may have become famous for his role on Star Trek, but it's his activism in the gay community that's really put him on the map.

And, true to form, the actor now has the best clapback to anti-trans laws with a new T-shirt on Omaze, a charity network, that says, plainly: "You can pee next to me."

"If you show your support with one of these shirts, well, urine my good graces," the actor said on the shirt's website.

The shirts are on sale for $25, and the proceeds will go to Equality North Carolina, an LGBTQ organization that's been fighting back against an anti-trans bill that was recently passed in the state. The bill, HB2, requires people in the state to use public bathrooms that correspond to the assigned gender listed on their birth certificates, a move that critics argue effectively criminalizes transgender North Carolinians.

Takei has become a leading activist in recent years.

His activism ranges from raising over $150,000 for a Broadway play about Japanese internment to hilariously calling out Tennessee lawmakers for erasing LGBTQ history. He always manages to prove his point while making people laugh.