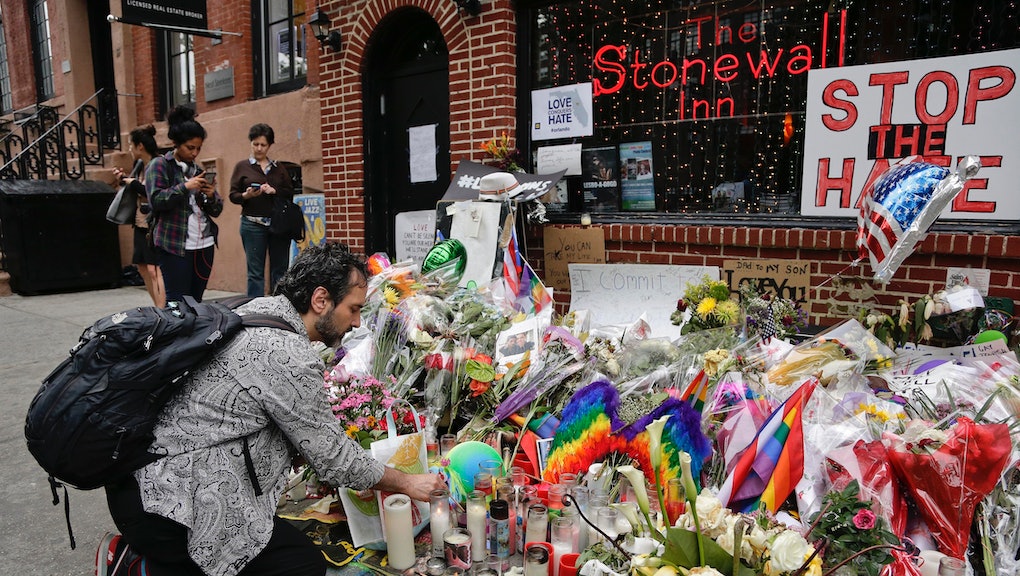 Can America's gay epicenter constructively approach one of its biggest taboos?

That's what New York City Council Member Ritchie Torres, who's proposing a bill that would provide more funding for LGBTQ mental health services, is trying to do in light of the Orlando nightclub massacre where 49 people were killed and another 53 others were injured.

Torres, who is one of seven out gay council members, is slated to introduce the bill this week. "The mass murders in Orlando are a stark reminder that violence and trauma are part of the LGBTQ experience in America," Torres told the New York Daily News.

The LGBTQ communities face disproportionately high rates of mental illness. Overall, individuals in those communities are three times more likely to than straight people to face a serious mental health condition, such as depression or major anxiety, according to the National Alliance on Mental Illness. The problems are especially acute among LGBTQ young people. A study in the journal American Psychologist found that lesbian, gay and bisexual youth are more likely than their straight peers to report suicide attempts.

New York City has already tried its hand at responding to mental health crises. In 2015, Mayor Bill de Blasio announced an $850 million overhaul of the city's mental health system. City officials say that that plan, called ThriveNYC, has provided an additional 300 new beds for youth in homeless shelters, which are populated by large numbers of LGBT youth.

"LGBTQ seniors and youth face the greatest barriers," Torres told the Daily News. "The city has an obligation to bridge the gap."