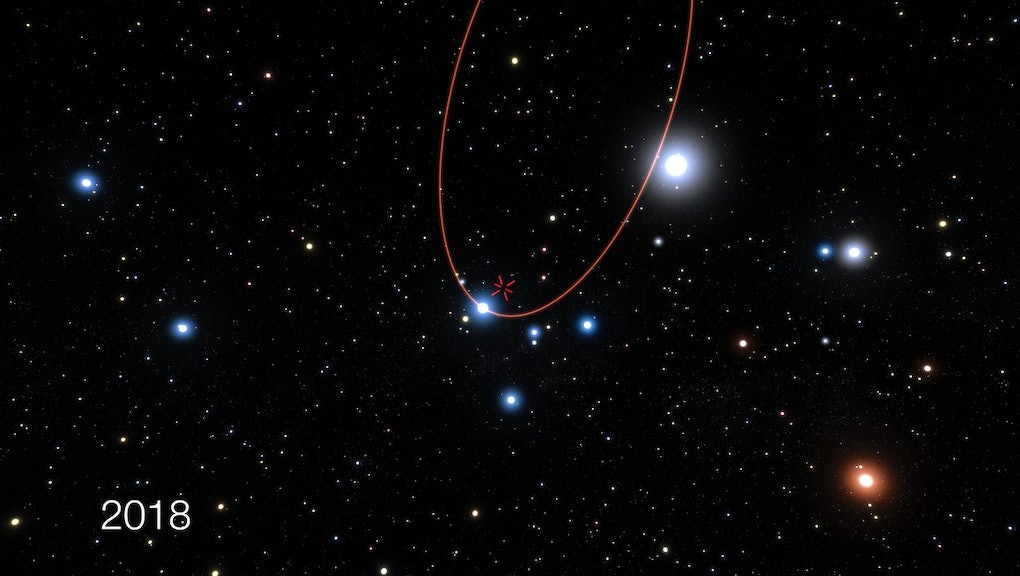 It's the center of the galaxy like you've never seen it before.

A new instrument fitted on the Very Large Telescope in Chile is providing an exciting new look into the middle of the Milky Way. It's called Gravity, and it'll eventually help scientists observe the supermassive black hole that lurks in our galaxy's center.

"Gravity will allow astronomers to probe the gravitational field around the black hole in unprecedented detail, providing a unique test of Einstein's general theory of relativity," according to the European Southern Observatory.

That black hole, called Sagittarius A*, is about four million times the mass of the sun. It's not the only one of its kind; scientists think most galaxies have a supermassive black hole at their center. Gravity could help us learn more about black holes and the role they play in galaxy formation.

Gravity has only been operating for a short time, so it hasn't started its primary mission yet. Instead, astronomers are testing it out on a star called S2 that orbits tightly around Sagittarius A*. The star is extremely far away from us and appears very faint from Earth, but Gravity returned an image of it in just a few minutes — a testament to how sensitive and precise the instrument is.

"The team will soon be able to obtain ultra-precise positions of the orbiting star, equivalent to measuring the position of an object on the moon with centimeter precision," according to ESO.

Astronomers will have the perfect opportunity to observe the effects of Einstein's theory of general relativity when the star passes that close to the black hole.

General relativity predicted the existence of black holes and some of their effects — so this experiment will put Einstein's theory to the test.