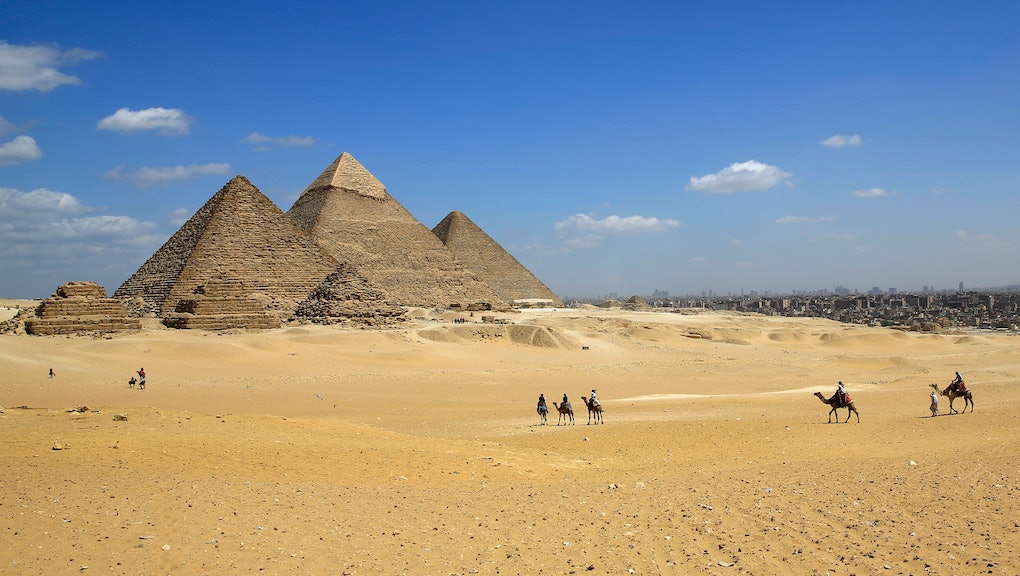 The Great Pyramid of Giza Is Slightly Lopsided, According to a New Measurement

The Great Pyramid of Giza is one of the most impressive structures in the world, but it also has a small design flaw.

The good news? That flaw could help us figure out how humans managed to build such a complicated structure with only simple tools.

Still, that's a pretty damn impressive level of precision considering the pyramid was built about 4,500 years ago.

"The data show that the Egyptians possessed quite remarkable skills for their time," archaeologist Glen Dash wrote in a report. "We can only speculate as to how the Egyptians could have laid out these lines with such precision using only the tools they had."

"What is the exact size and orientation of the Great Pyramid?" Dash wrote in the report. "Archaeologists, scientists, engineers and mystics have sought answers for centuries."

The Great Pyramid of Giza is the largest of the three pyramids on the famous Giza Plateau in Egypt. Originally, the whole structure was cased in limestone, so it's been difficult to get an accurate measurement of it.

To solve the mystery, Dash and other archaeologists looked for remnants of the original limestone casing. Altogether, they found 84 points where the limestone still touched the edge of the platform on which the pyramid is built.

Then the team used a method called linear regression analysis to create a model of what the shell looked like. The model showed one side may have been slightly longer than the other.

Dash thinks the builders used a grid to assemble the pyramid, but further research will help confirm this idea.

"We hope to eventually figure out how the Egyptians laid out the pyramid with such precision and, in doing so, hope to learn much about the tools and technology they had at their disposal," Dash wrote.