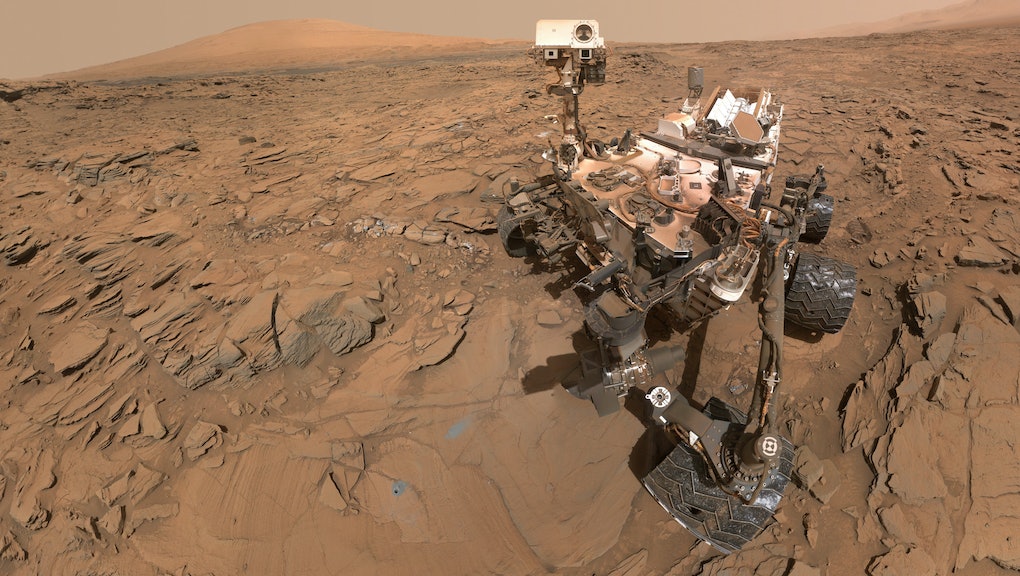 NASA's Curiosity rover found an unexpected type of mineral in the Gale crater on Mars, and it could change what we know about how the planet formed. It's a type of silica mineral called tridymite.

"I always tell fellow planetary scientists to expect the unexpected on Mars," Doug Ming, co-author on the new paper, said in a statement. "The discovery of tridymite was completely unexpected. This discovery now begs the question of whether Mars experienced a much more violent and explosive volcanic history during the early evolution of the planet than previously thought."

Why tridymite is so surprising

The presence of tridymite on Mars was a surprise because it's associated with a specific type of volcanic activity called silicic volcanism that scientists didn't think was ever present on Mars.

"On Earth, tridymite is formed at high temperatures in an explosive process called silicic volcanism," NASA planetary scientist Richard Morris explained in a statement. "Mount St. Helens, the active volcano in Washington State, and the Satsuma-Iwojima volcano in Japan are examples of such volcanoes. The combination of high silica content and extremely high temperatures in the volcanoes creates tridymite."

The tridymite on Mars likely came from the erosion of silicic volcanic rocks, according to NASA. That means the planet may have once had violent volcanoes that spewed out silica-rich magma when it was first forming.

It's possible that there's a way for tridymite to form at lower temperatures than those associated with silicic volcanism, but scientists aren't aware of it. The research will likely encourage other scientists to test if tridymite can form in other ways, according to NASA.