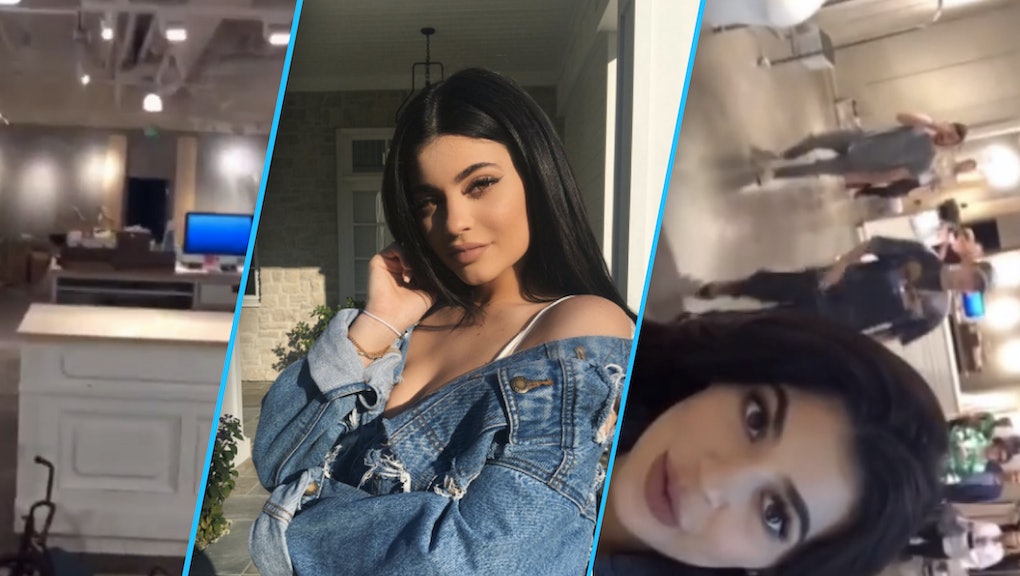 If Kylie Jenner's goal is to keep her cosmetics company in the headlines, she's doing quite the good job.

First she made waves by releasing two black, emo-ish shades a few weeks back, then she had some alone time with a Smurf, and now she just low-key announced — on Snapchat, of course — that she's opening up a Kylie Cosmetics store.

In between showing off her mother's "original" outfit and her own Kendall + Kylie line (those Jenners, never not self-promoting), the 18-year-old uploaded a video of a possible store space saying, "Looking for Kylie Cosmetics stores right now."

In another video uploaded shortly after, Jenner gave few details about the space, only exclaiming "makeup stores about to be lit!"

It's safe to say her fans on Twitter are excited:

It's likely that the store will be opening up in California, as that's where she and the Kylie Cosmetic factory resides, but if it's half as successful as her Lip Kits have been, one could only hope that it might expand and pop up across the country — just like her sister's DASH stores did (#TBT to Kourtney and Khloe Take Miami.)

Because, after all, who wants to spend $29 (and $8.95 for shipping!) for one of the kits without even testing and swatching beforehand?