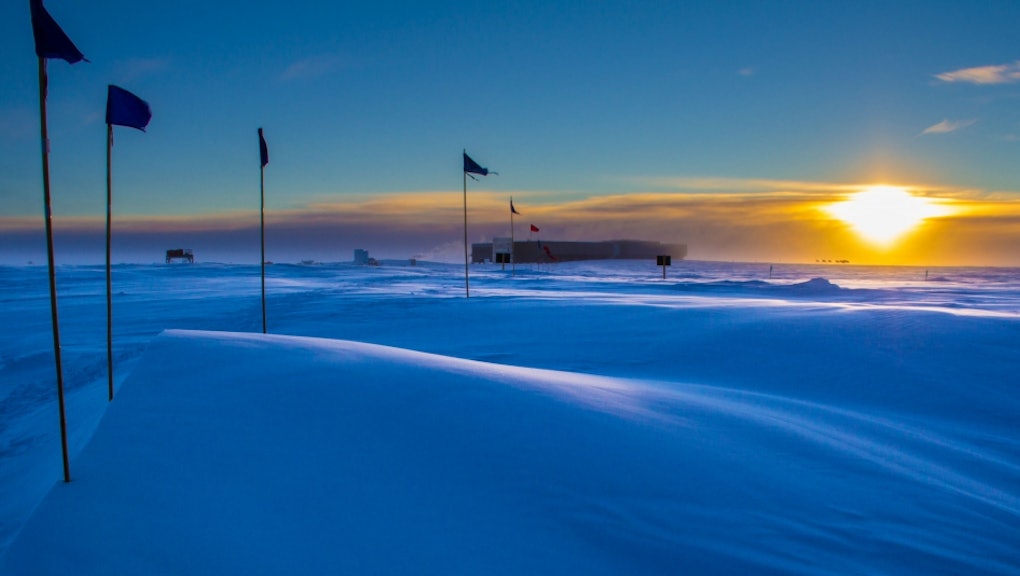 Can you guess what happened to the last remaining part of the world that didn't have a dangerous level of carbon dioxide?

Yep. Sadly, the South Pole's CO2 just hit 400 parts per million, according to the National Oceanic and Atmospheric Administration. This is the first time the region has reached a concentration over 400 ppm in 4 million years, according to NOAA.

One ppm is the equivalent of 1 inch in 16 miles, so 400 ppm might not sound like a lot, but 350 ppm is regarded as the safe level of carbon dioxide in the atmosphere.

This isn't the only troubling record we'll hit this year. Last year's global average came out to 399 ppm. That means this year's average will almost certainly pass 400 ppm, according to the NOAA.

And it gets worse: There's probably no going back. Research suggests we've collectively passed 400 ppm for good.

"The far southern hemisphere was the last place on Earth where carbon dioxide had not yet reached this mark," Pieter Tans, the lead scientist of NOAA's Global Greenhouse Gas Reference Network, said in a statement. "Global carbon dioxide levels will not return to values below 400 ppm in our lifetimes, and almost certainly for much longer."

My emissions are your emissions: If we want to stop this trend, then we need worldwide policies in place. Carbon emitted by one country doesn't just screw over that country. There's a carbon cycle on Earth. So, for example, some portion of carbon that gets emitted by the U.S. will eventually end up at the South Pole.

We're all interconnected, and it will take a global effort to keep carbon emissions in check.