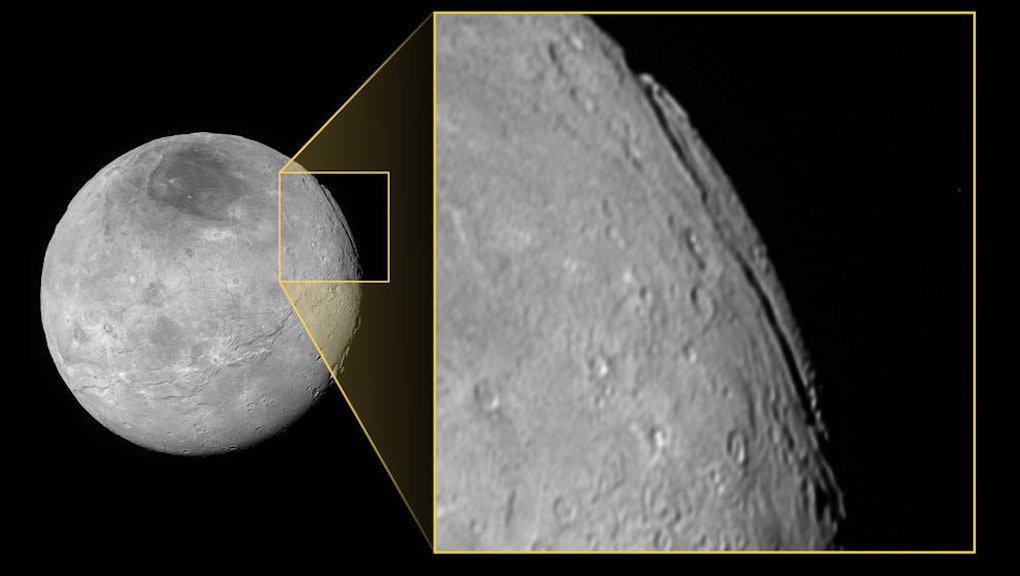 Arizona's Grand Canyon is an incredible geological feature, but there's an even more impressive one lurking near the edge of our solar system.

NASA has released an image of a vast canyon on Pluto's largest moon, Charon. The canyon is called Argo Chasma, and it's so massive, NASA's calling it a "Super Grand Canyon."

From this angle, you can see the edge of the canyon on the right side of the moon:

The New Horizons spacecraft captured the image last July, when it barreled past Pluto and its moons.

From the image, Argo Chasma looks like it might have long, straight cliff walls, according to NASA. The cliffs could replace Verona Rupes, which is at least 3 miles high, on Uranus' moon Miranda as the tallest in our solar system. (You could actually jump off that cliff and still survive, thanks to the weak gravity on Miranda.)

With impressive stats like that, Argo Chasma stands to become a popular tourist destination — if we ever become an interplanetary species, that is.