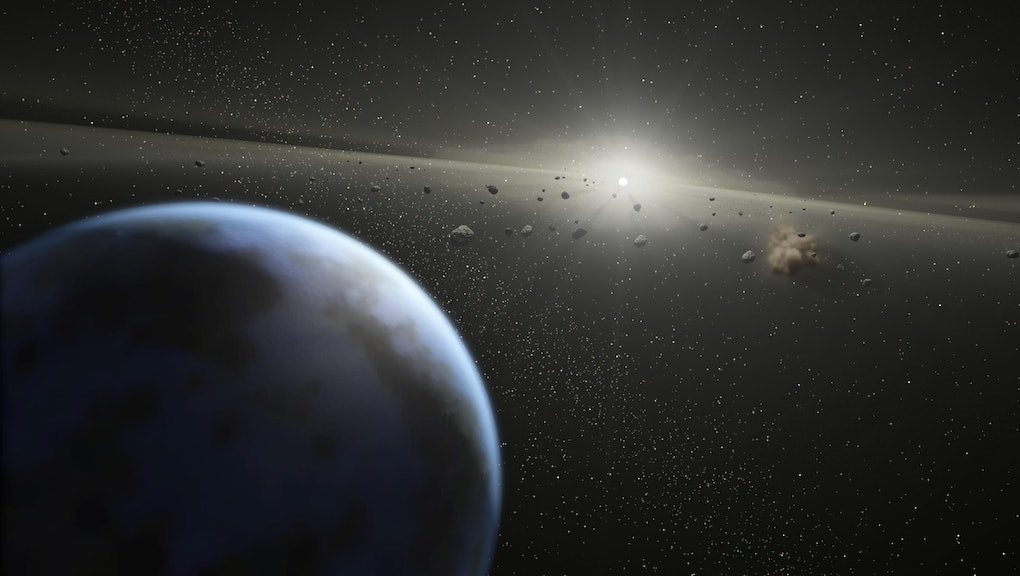 There are 1,707 potentially hazardous asteroids tumbling around Earth right now, according to NASA estimates. If a giant one were headed toward us, would we fare any better than the dinosaurs did 65 million years ago?

Don't panic: It's unlikely that an asteroid as big as the one that killed the dinosaurs — or larger — will hit Earth. They only come around once every tens, if not hundreds, of millions of years.

Still, it's possible. And unfortunately, we're pretty unprepared for an asteroid strike. We currently don't have any way of redirecting or destroying asteroids, should one ever head our way.

Here's what would happen if an asteroid about the size of the one that killed the dinosaurs hit the Earth at 40 kilometers per second.

The potential damage of an asteroid strike depends a lot on the asteroid's size, speed and density. That's why Purdue University created an online calculator that estimates the global damage an asteroid strike would cause, based on parameters of your choice.

According to the calculator, a 10-kilometer-wide asteroid traveling at 40 kilometers per second would hit the Earth and release about 300 million megatons of energy.

That kind of thermal radiation would ignite clothing, and you'd find yourself covered in third-degree burns. Trees and grass would go up in flame.

Next up, an earthquake: A 10.3 magnitude earthquake would hit seconds after the impact, according to Purdue's calculations — greater than any earthquake in recorded history. It would crumble building foundations, trigger landslides, damage dams and ruin underground pipelines.

The good news is at 200 km away, you'd be standing outside the region that would collapse into the final impact crater. Its diameter would span about 168 km.

In the past four billion years of Earth's history, Purdue estimates there's only been an impact like this one once every 370 million years.

These kinds of impacts clearly don't happen often, but it might be a good idea to have an asteroid deflection program in place just in case.