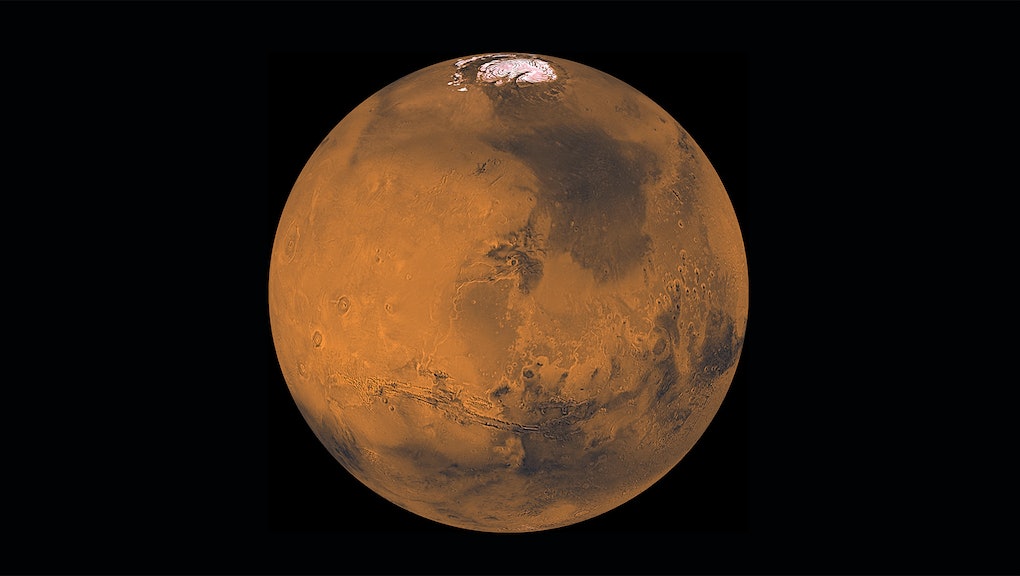 Mars Used to Be Way More Earth-Like Than We Thought

The more we study Mars, the more intriguing the red planet becomes.

We already know Mars was once a watery, warm world. Now, NASA's Curiosity rover has found traces of manganese oxide in mineral veins on Mars, suggesting the planet used to have much more oxygen in its atmosphere than we thought. The details are published in the journal Geophysical Research Letters.

This discovery bolsters the theory that the ancient planet may have once hosted life.

"The only ways on Earth that we know how to make these manganese materials involve atmospheric oxygen or microbes," planetary scientist Nina Lanza said in a statement. "Now we're seeing manganese oxides on Mars, and we're wondering how the heck these could have formed?"

The presence of microbes on ancient Mars is possible. But a more plausible explanation for the manganese oxide, Lanza said, is the Martian atmosphere used to have much more oxygen in it.

"These high manganese materials can't form without lots of liquid water and strongly oxidizing conditions," Lanza said. "Here on Earth, we had lots of water but no widespread deposits of manganese oxides until after the oxygen levels in our atmosphere rose."

Where might the oxygen have come from? Lanza has a possible explanation: As ancient Mars lost its magnetic field, radiation bombarded its oceans and ripped apart the water molecules into hydrogen and oxygen. The light hydrogen molecules flew away, but the heavier oxygen molecules stayed behind.

"It's hard to confirm whether this scenario for Martian atmospheric oxygen actually occurred," Lanza said.

Lots of atmospheric oxygen is one of the biosignatures that astronomers look for when they're hunting for signs of life in the universe. If ancient Mars had an oxygen-rich atmosphere, it may have once hosted some form of life.