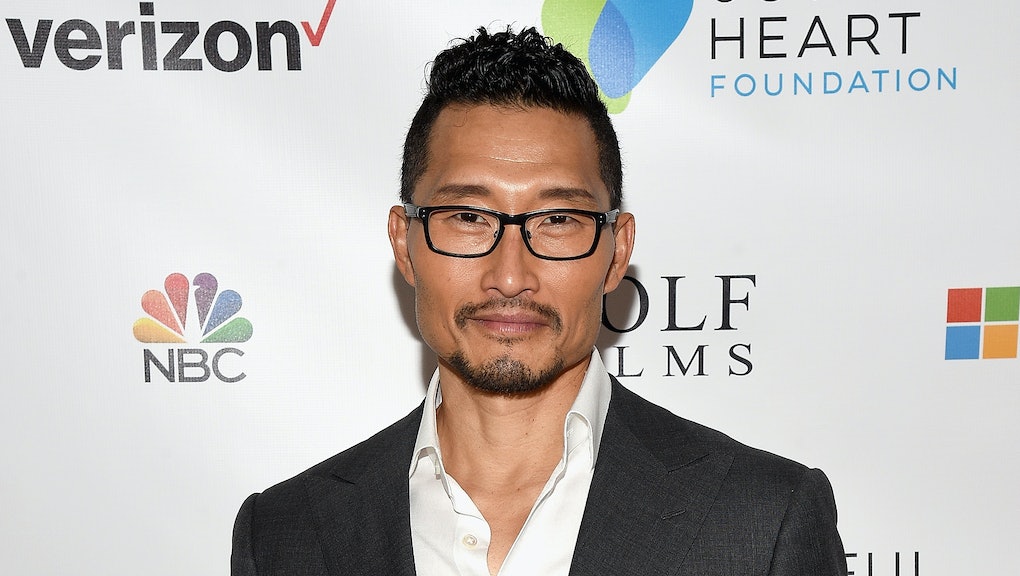 Asian people don't care all that much about their exclusion or erasure in Hollywood. They're too busy making movies in their native lands to care, according to an Associated Press article published Thursday about the entertainment industry in Asia.

With its headline — "Asian actors too busy to fret over Hollywood 'whitewashing'" — the AP attempted to show how Chinese, Japanese, Korean and Indian film stars have transcended concerns over a lack of diversity felt in the United States. The climate for those actors isn't like the climate criticized by well-known Asian-American actors Margaret Cho and George Takei, the AP reported.

Instead of shining a light on parallel challenges of continental Asians, the article reveals a fear of reprisal among foreign actors who might want to speak out against industry whitewashing. This is commonly seen when European actors are cast in Asian role or when a Chinese actor is cast to play someone who is written as Japanese or Korean. The article also completely ignores the continent's own issues with colorism.

"Kaori Momoi, who appeared in 'Memoirs of a Geisha,' suggested acting was ultimately about individual talent, not skin color or nationality,"' the AP reported.

Had the wire service managed to pick up a phone and dial Asian-American actors such as Daniel Dae Kim, Constance Wu or John Cho, they might have avoided painting a reductive picture of Asian experience in the global film industry. Even as the Academy of Motion Picture Arts and Sciences added some racial diversity to its membership this week, in response to the ongoing #OscarsSoWhite controversy, the AP's comparison of disparate industries doesn't do justice to the actors who are fighting for more visibility.

For one, Asian-American actors don't benefit from white privilege that erases ancestral heritage, in pursuit of equality, or even with respect to different cultures or nationalities. While it may not matter to the Japanese-born Momoi that Chinese actress Zhang Ziyi played the heroine in Memoirs of a Geisha, as AP reported, the story hardly proves Momoi's views are representative of Japanese actors.

The AP tracked down Korean actress Claudia Kim, who most recently played Dr. Helen Cho in Marvel's 2015 blockbuster, Avengers: Age of Ultron, and expressed some befuddlement over whitewashing. Kim told the AP she didn't like that a white actress was picked for the Asian role she had auditioned for in Hollywood, but declined to name the film. Another Korean actor's representative declined an interview for the article, citing his being cast in a Hollywood film.

Asian-American actors have been outspoken about their own visibility, particularly while entertainers of color have taken Hollywood to task for failing to cast them in roles that yield more recognition at awards season. A diversity campaign was recently launched called "#StarringJohnCho," which photoshops the Korean-American actor into posters for blockbusters and "chick flicks" with white male leads.

But the challenges of equal representation in continental Asia are also compounded by colorism. Japanese, Korean and Indian media have for decades equated light skin with beauty and success, particularly in the film and commercial industries. Skin lightening product makers rake in billions of dollars, while some Asian actors undergo surgery on their eyelids to appear more European and marketable for domestic and international film projects. The AP article made no mention of this phenomenon.

Asian-Americans, who are the fastest growing demographic in the U.S., according to the Pew Research Center, have been underrepresented in Hollywood film roles. They made up about 5% of speaking or named roles across film, TV and digital projects in 2014, according to a 2016 study by the University of Southern California's Annenberg School for Communications and Journalism. More than half of the projects produced that year include zero Asian roles, the study found. To be fair, Latinos, who are 16% of the U.S. population, were the most underrepresented minority at only 5.8% of roles in 2014.

Drawing parallels between U.S. actors struggling for visibility and their foreign brethren without respecting social and cultural differences could be seen as an example of the underlying problem. Perhaps, in this instance, AP is actually whitewashing the diversity of the Asian diaspora.