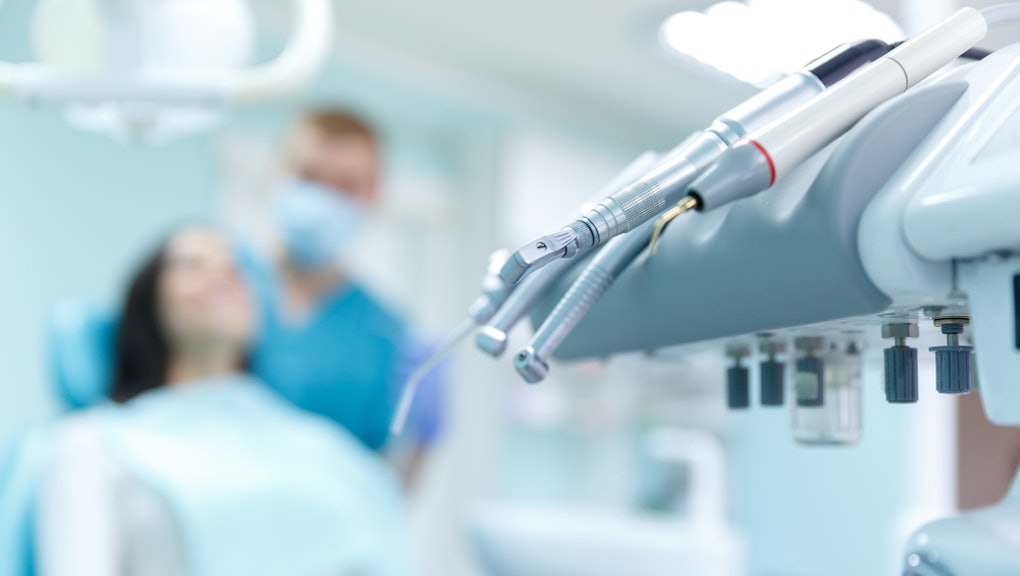 For some, there is no activity more terrifying than a trip to the dentist.

If you have cavities, you're met by a drill-wielding dentist, endure some pain, and you can be left feeling sore, numb or just completely disoriented by anesthesia.

A cavity develops when a tooth loses minerals in its enamel and starts to decay. Dentists typically have to drill into the damaged tooth and refill it.

But now, researchers from King's College London have come up with something better.

A drill-free cavity fix: It's a technique they named "electrically accelerated and enhanced remineralzation." A small device is placed over the tooth with the cavity. Then the device gives off an electric current that remineralizes the tooth by pumping things like calcium and phosphate back into the tooth.

It's a painless and relatively quick procedure, researchers told the Washington Post.

Our teeth already use our saliva and flouride to naturally replace some of the minerals they lose, and researchers have been trying to find a way to accelerate the process for a long time. It seems this new technique could be a way to do that.

It would cost the same or less than traditional drilling methods, the researchers say.

And it gets even better: In addition to saving you from a painful, initial drilling, the technique could also stop the cycle of having to fill and refill cavities, researcher Nigel Pitts told the Telegraph. The remineralization process would only have to happen once, he said.

It's worth noting that details about the technique haven't been published yet, but the authors expect to publish in the next few months.

A Scottish company is already trying to bankroll the technique, according to Popular Science, but it may take a while for it to reach the U.S.